The Rise of Meatless Meat

Meatless meats. What are they? Which brands are leading the charge? Where is this all going?

Meat substitutes aren’t new, they’ve been around for over 2000 years. Tofu was invented when an ancient Chinese Prince accidentally curdled some soy milk, or maybe he stole the recipe from monks, it depends what you read. 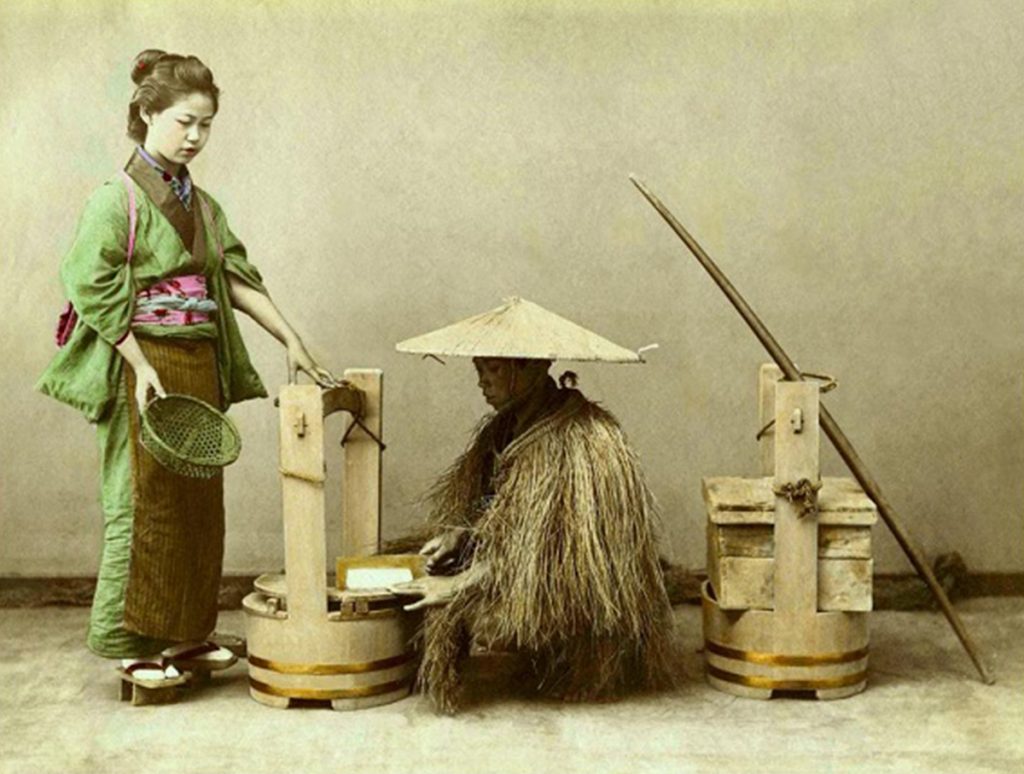 In the early 1900s Microbial biomass, bacteria-grown-protein (doesn’t sound too yummy that), was used for animal feed, bakers’ yeast and to fuel Germans fighting in WW1. The war ended, living standards improved and the microbial biomass industry collapsed. That was until the 60s, when rampant belief in a coming shortage of protein-based foods inspired new waves of investment and scientific breakthroughs. This is where the first successful commercial protein substitute came from, Quorn hit the market in 1985.

Perhaps the most interesting thing about meat free alternatives, is that research suggests their biggest market isn’t vegetarians and vegans but meat eaters. It makes sense if you think about it: why would someone who doesn’t eat meat, want to eat something designed to imitate meat? Various surveys have the number of vegans in the UK fluctuating between 2% and 7% — but more and more people are opting into vegan options once or twice a week, and these are the people who are most likely to crave meat substitutes. 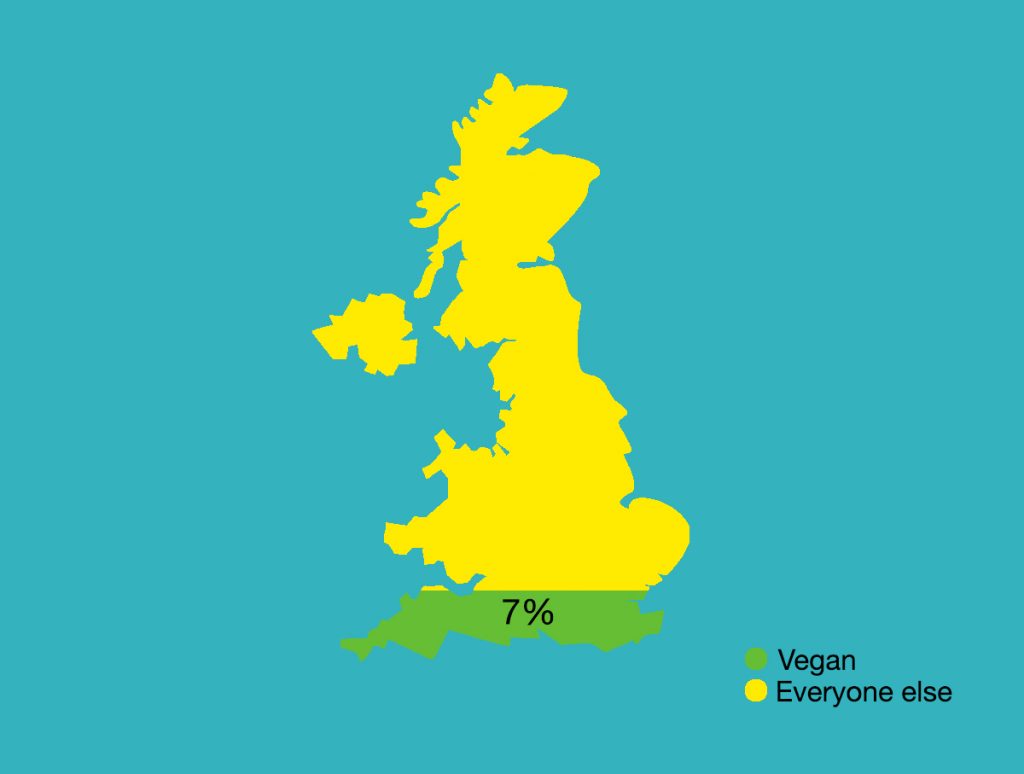 Meat alternatives come in various balances of soy, pea and whey-based proteins. You might also hear about mushroom-based products, or jackfruit and beetroot dressing up as meat. There’s a lot of talk about the mung bean, and one particular brand has worked out how to make cheese out of coconut oil.

No doubt, by the time this article is published, there’ll be countless other forms coming to market. We are in the midst of the pioneers phase of the meatless meat industry.

Which brands are leading the charge? 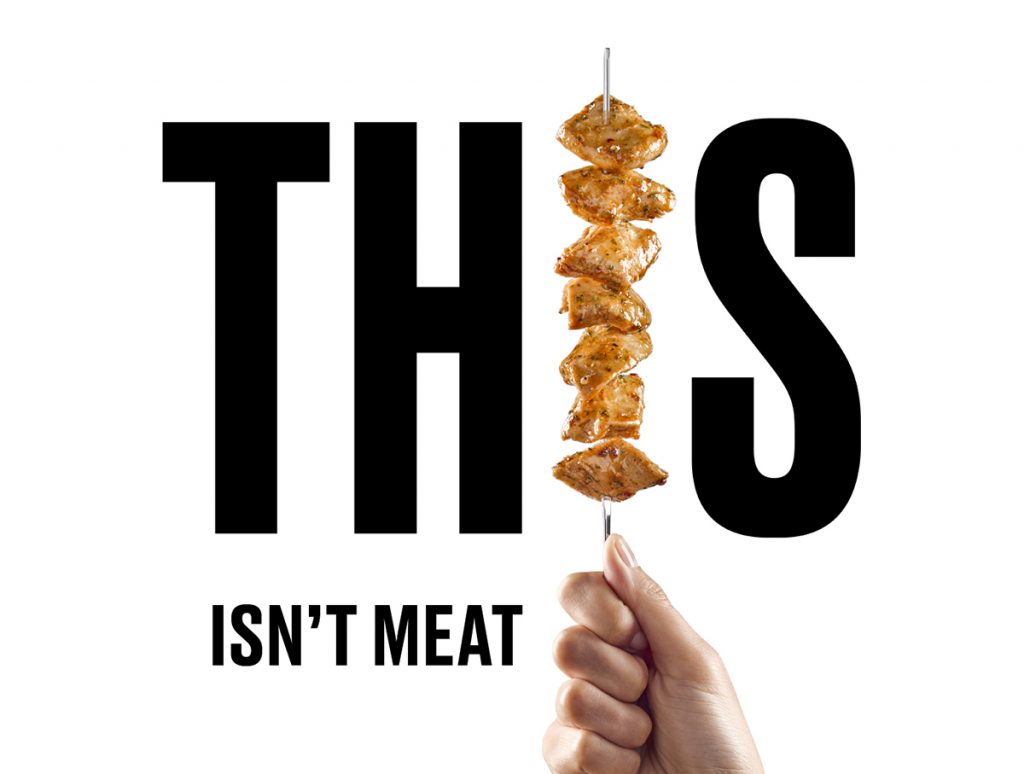 THIS is one to watch. They launched only last summer with a vegan bacon they said could “fool carnivores”. Now they’re making all sorts of “hyper realistic” chicken and breaded chicken alternatives and getting into restaurant chains like PHO, Honest Burgers, Pure and a bunch of others. They’ve also just been listed in Waitrose, so things are really flying onto the shelfs.

The product itself is a soya/pea-based hybrid — but what really makes it stand out is the fibrous meaty texture — which they say has taken a year and half of non-stop testing.

As far as I can see right now, they have a great product that’s clearly performing well, and they’re prime for an awareness boost to take them into orbit. 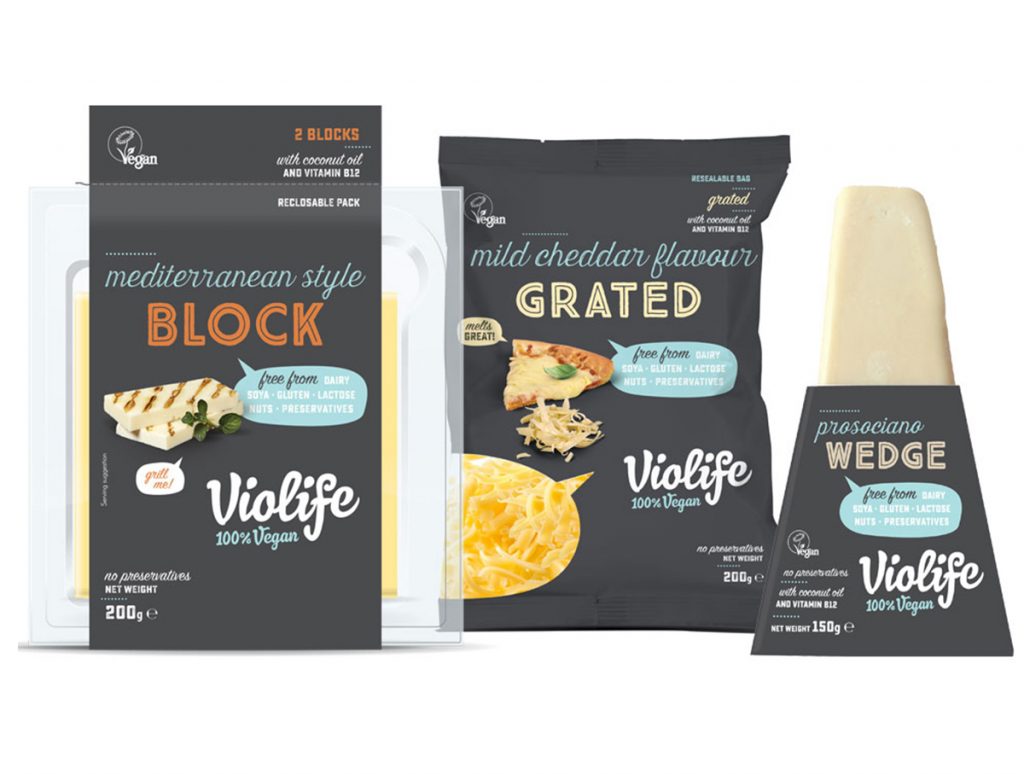 Cheese is the big one to crack. A brand that does it will likely explode in the vegan market. Violife has been around since the early 90s, so they’ve got quite the head start. They’ve not just made one type of cheese, they’re now producing feta, mozzarella, parmesan, creamy, edam and cheddar style cheese substitutes. And the flavour is going down well among ex-cheese eaters.

Violife’s cheese is free from dairy, soya, gluten and nuts, and uses a mind-boggling coconut oil base to produce authentic results. What’s more exciting, is that this non-dairy cheese can crumble, grate and melt just like regular cheese.

They are destined for big things if they can keep out in front. Though, interestingly, other animal based products have been in decline since the 1970s — cheese is the only one standing strong. 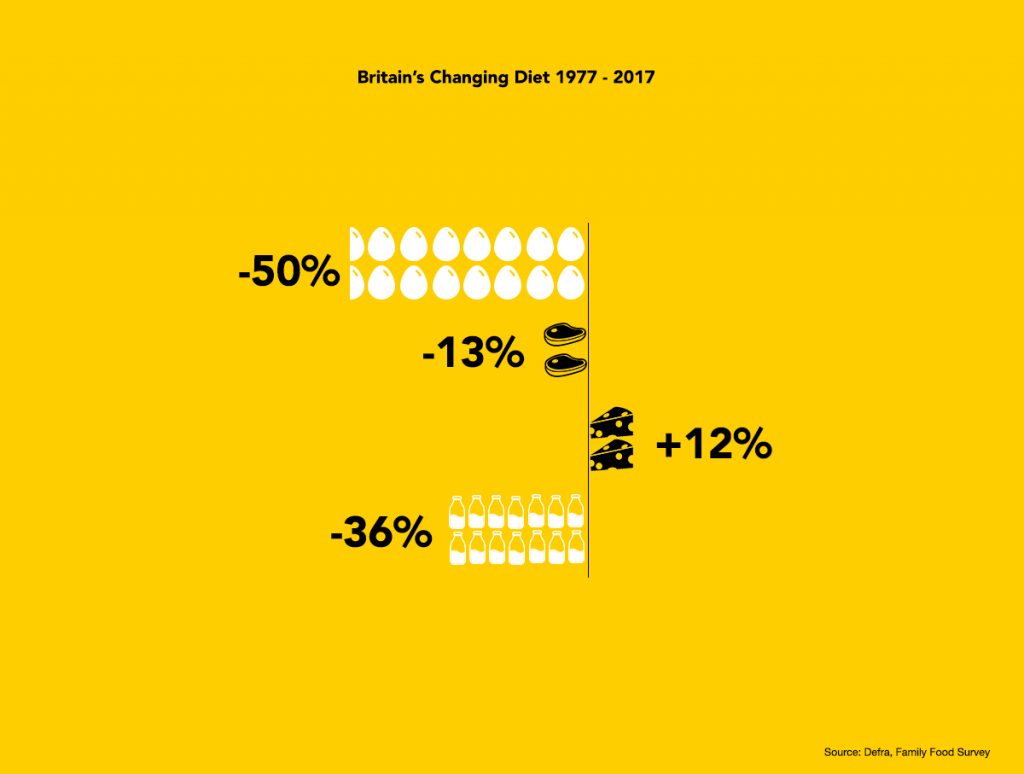 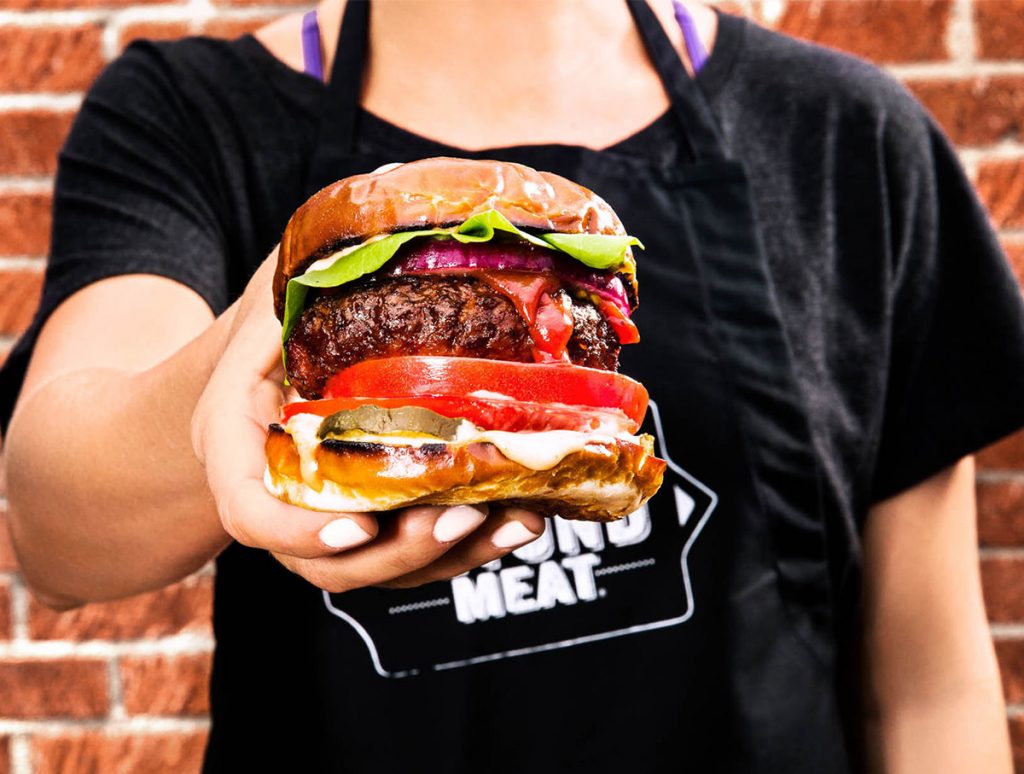 Beyond Meat is relatively new to the UK, but looks to be doing well after a bold launch in the US. They’ve just listed their Beyond Sausage in Tesco, following up from the earlier listing of their Beyond Burger: a meat free alternative used in Honest Burger and Lewis Hamilton endorsed chain Neat Burger.

They’ve broken down meat into five basic building blocks, then taken what they need from plants to engineer a plant-based meat alternative. You can read more about the ingredients here. Then they’ve mixed everything together to create a texture meat eaters will be familiar with.

They haven’t had as much traction as brands like THIS and Vivera so far in the UK, but they are certainly a contender. 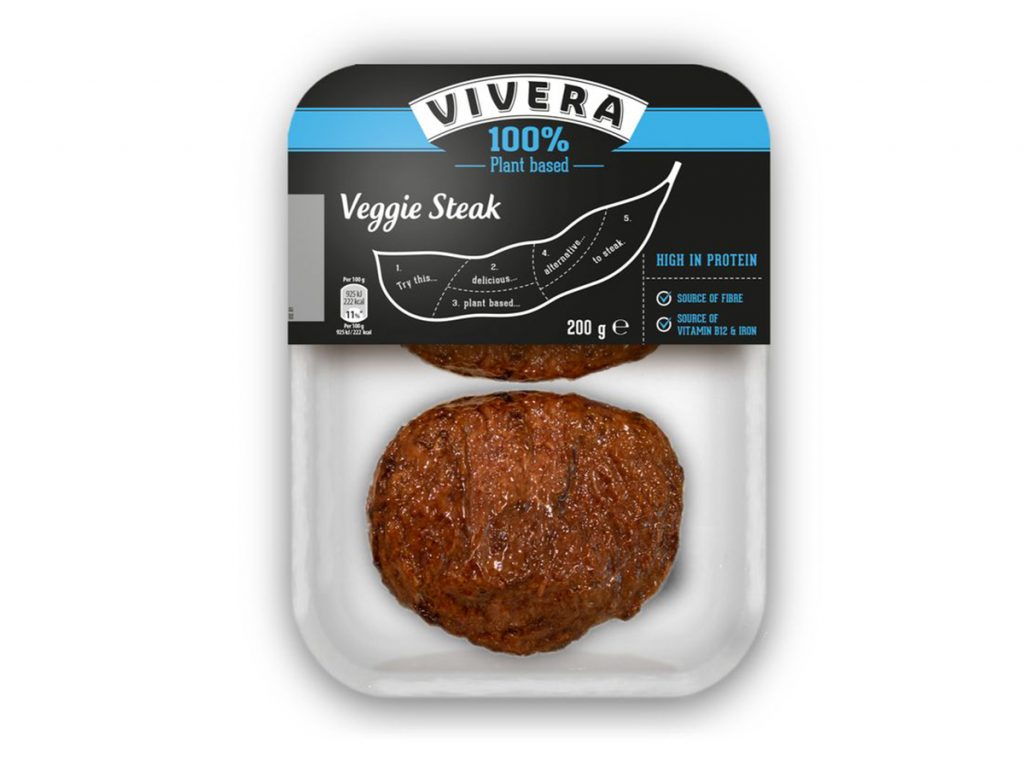 Vivera have shot to fame with their plant-based steak. The Dutch Company made a decision last year to separate their meat business from their plant-based business, stating that “plant-based is the future”. They’re one of the largest meat alternative brands in Europe, and look to be growing as demand for meat-free products increases.

They do a variety of products mostly are soya-based, replicating everything from pulled pork, to shawarma kebab meat. Their steak, the first of its kind, is renowned for a meaty texture and running juices, which copycat brands just haven’t managed to get right.

They’ve had great listing success, now available in all the major UK supermarkets, but other than some influencer action on YouTube, their profile seems small. Which I can’t help but find strange: if you’d invented the world’s first vegan steak, you’d think you’d want to shout about it more.

Where is this all going?

Depending on the social bubble you live in, you may or may not believe that the world is eating less meat. The truth is, right now, the world is eating more meat. Simply, countries that were once developing are now developed, their populations booming, their wealth flourishing and their taste for meat sky-rocketing. In 1961, Asia only accounted for 12% of the world’s meat production — now it’s the largest meat producer in the world, producing up to 45% of the global figure.

Lots of other countries haven’t yet reached the level of economic growth required to produce industrialised levels of meat, but have seen their populations grow massively. Nigeria, for instance, is on track to overtake the population of the US by the 2050s, and before the end of the century, the population of Europe. If its economy catches up with its population trend, it’ll play a vital part in making Africa the next biggest producer of meat. As things stand, they’re way behind the world’s top consumers. 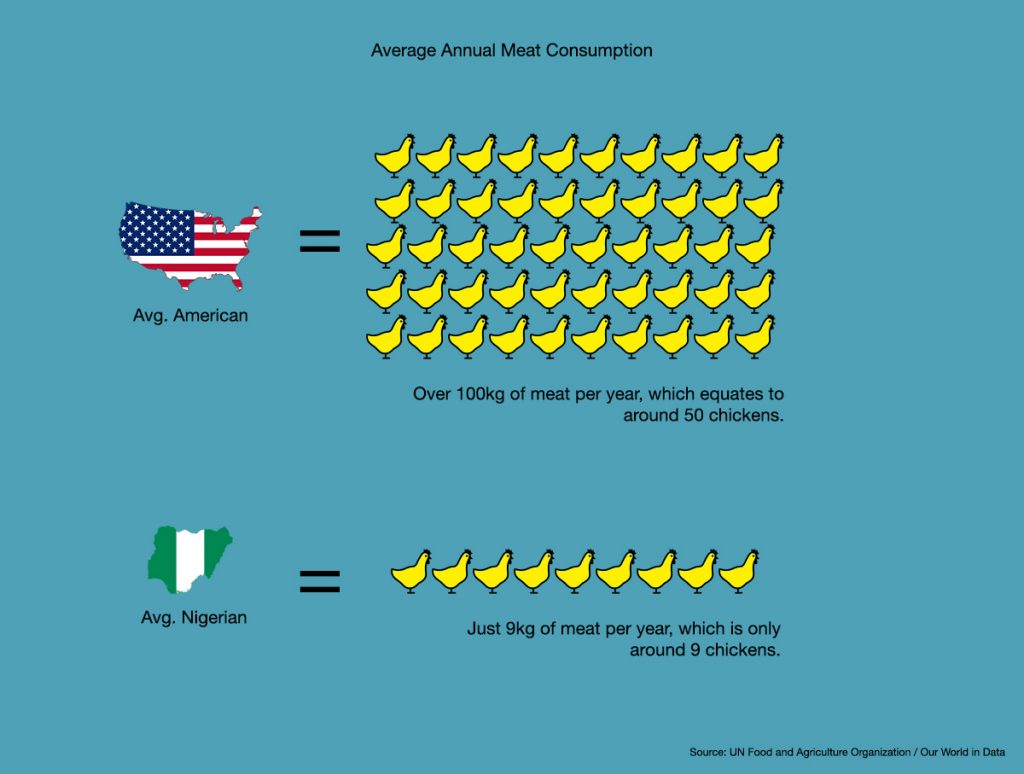 This is all far in the future, and according to certain scientists, the world will well and truly be in two crises by then— temperature increases, and water shortages. If either of these happen even slightly in line with scientists’ predictions, the price of meat will rise considerably — and cheaper, protein substitutes will become the new norm.

I should caveat all this with some optimistic science. All that’s needed to reverse water shortages will be a breakthrough in desalination — then we can plug the salty oceans into our city mains. And further scientific breakthroughs can still normalise climate change — we probably just need a space race mentality to do so.

One thing is looking certain — whether we’re vegan or not, there’ll be lots more vegan options in the supermarket.