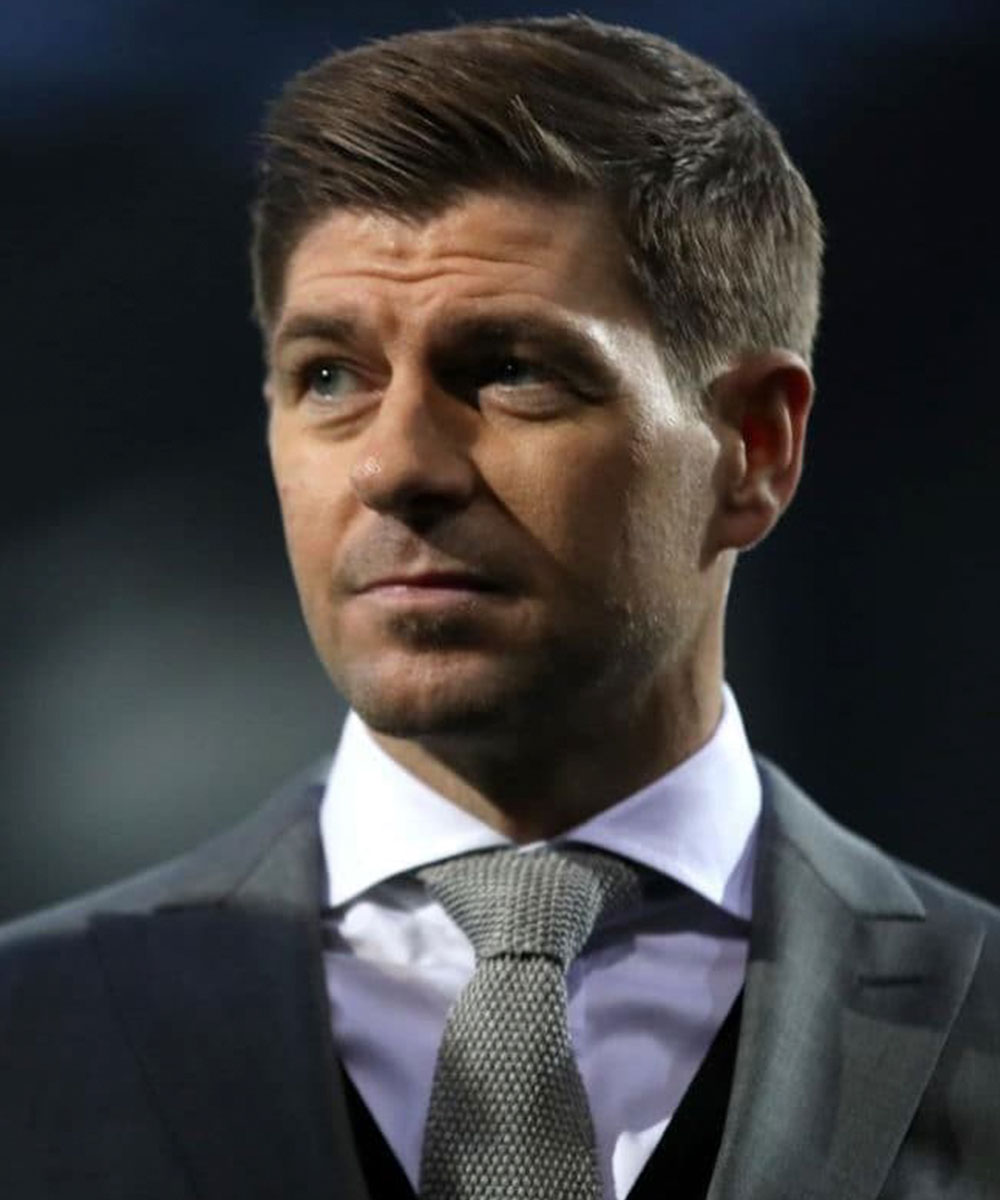 When he’s not breathless after running up and down the pitch for ten minutes, Paul, aka Steven Gerrard, is our Managing Partner. Before founding isobel in 2003, he’d been Board Account Director at Saatchi & Saatchi and a partner at Banks Hoggins O’Shea. 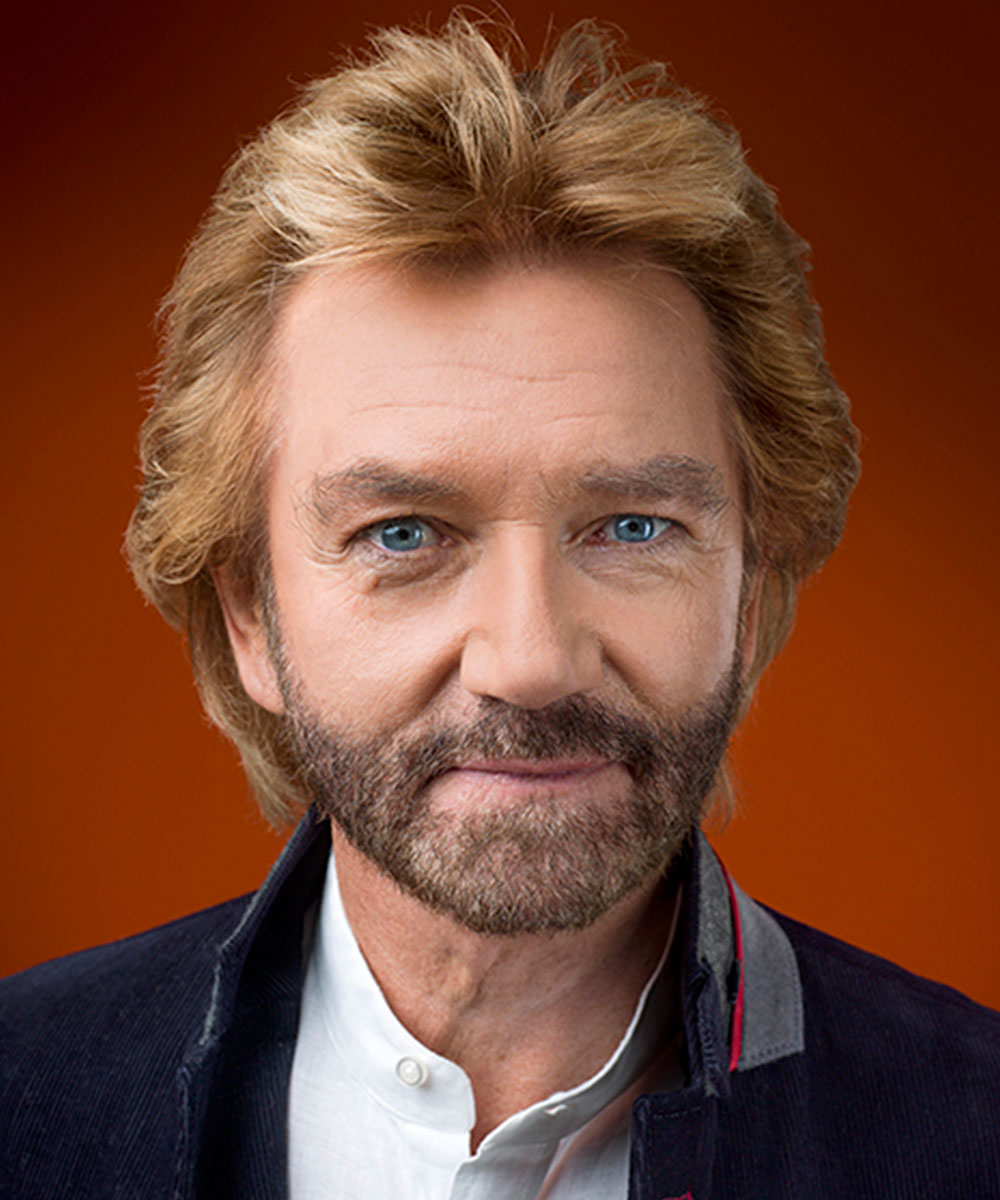 After a spell in New York’s film production industry, Jamie, or Noel, cut his teeth at JWT, before spells at DLKW and M&C Saatchi. He joined isobel in 2012 and put on the big boots as our Account Partner. If you need a deal made, he’s the guy to make it. After beginning his career as an Art Director at Gold Greenlees Trott at the tender age of 18, Rob has been a regular winner of national and international advertising awards and has judged many as well. He’s also the spitting image of Barbra Streisand. 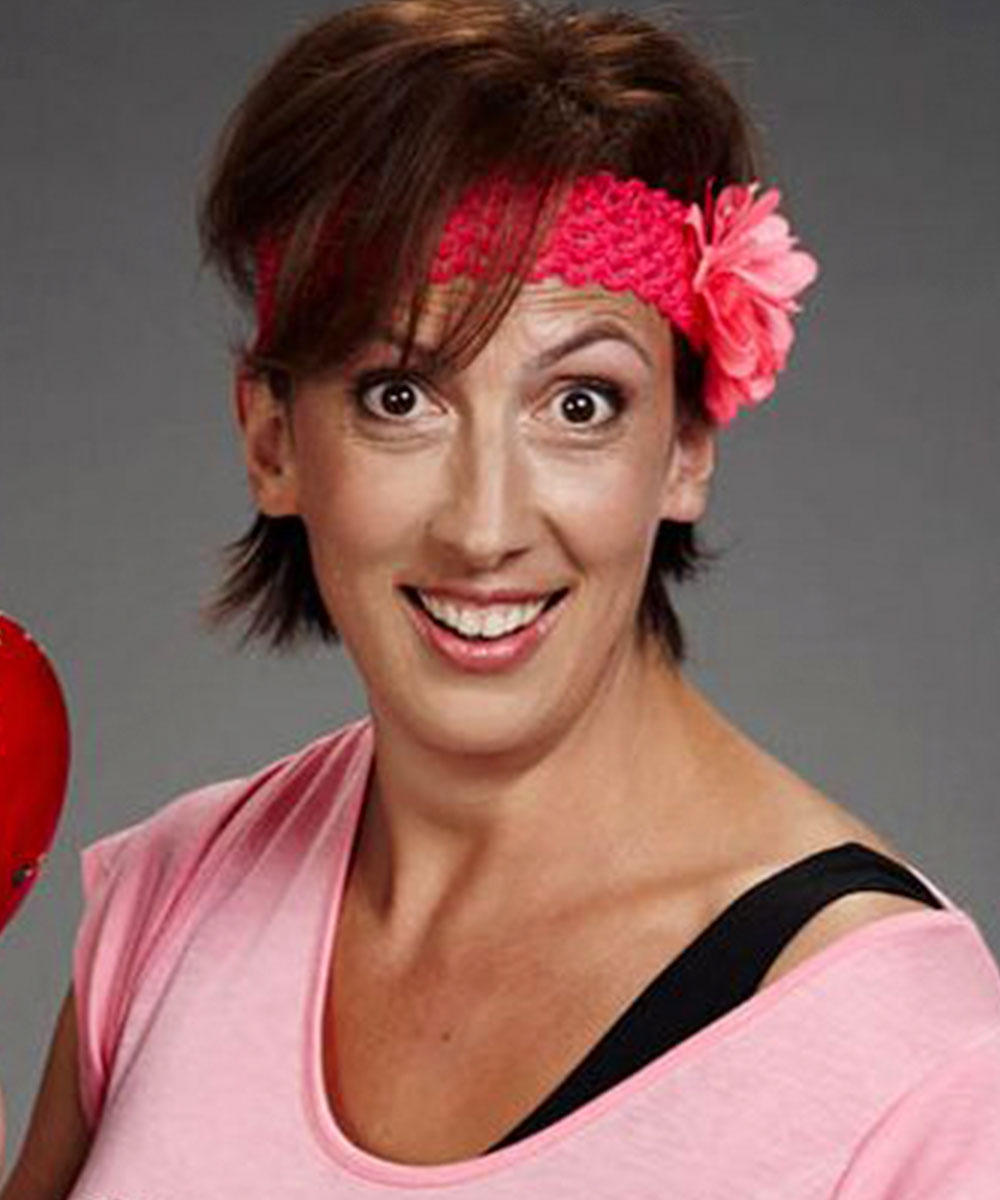 Bear with, bear with! Sarah, aka Miranda Hart, joined isobel in 2014 after moving across the pond from Toronto. In Canada she worked at both Grey and john st. on a wide range of clients including War Child, Heinz, and Mitsubishi Motors, for which she won a silver Cannes Lion. 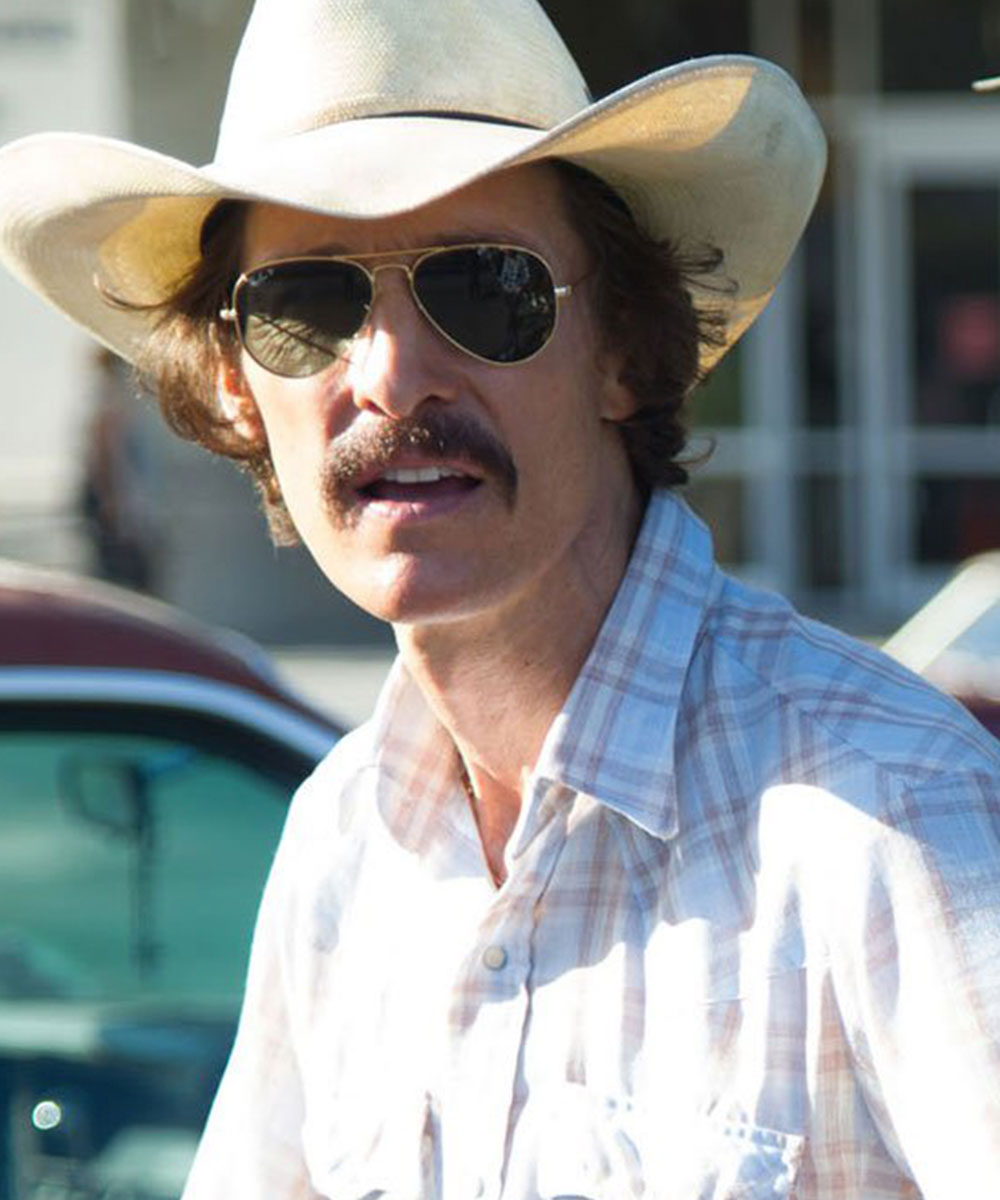 Steve lost 38lbs to play his role as Planning Director for isobel. He’s a regular speaker on the conference circuit and has won two coveted IPA effectiveness awards for Waitrose and Bluewater. His doppelgänger is Matthew McConaughey. The Dallas Buyer’s Club one. 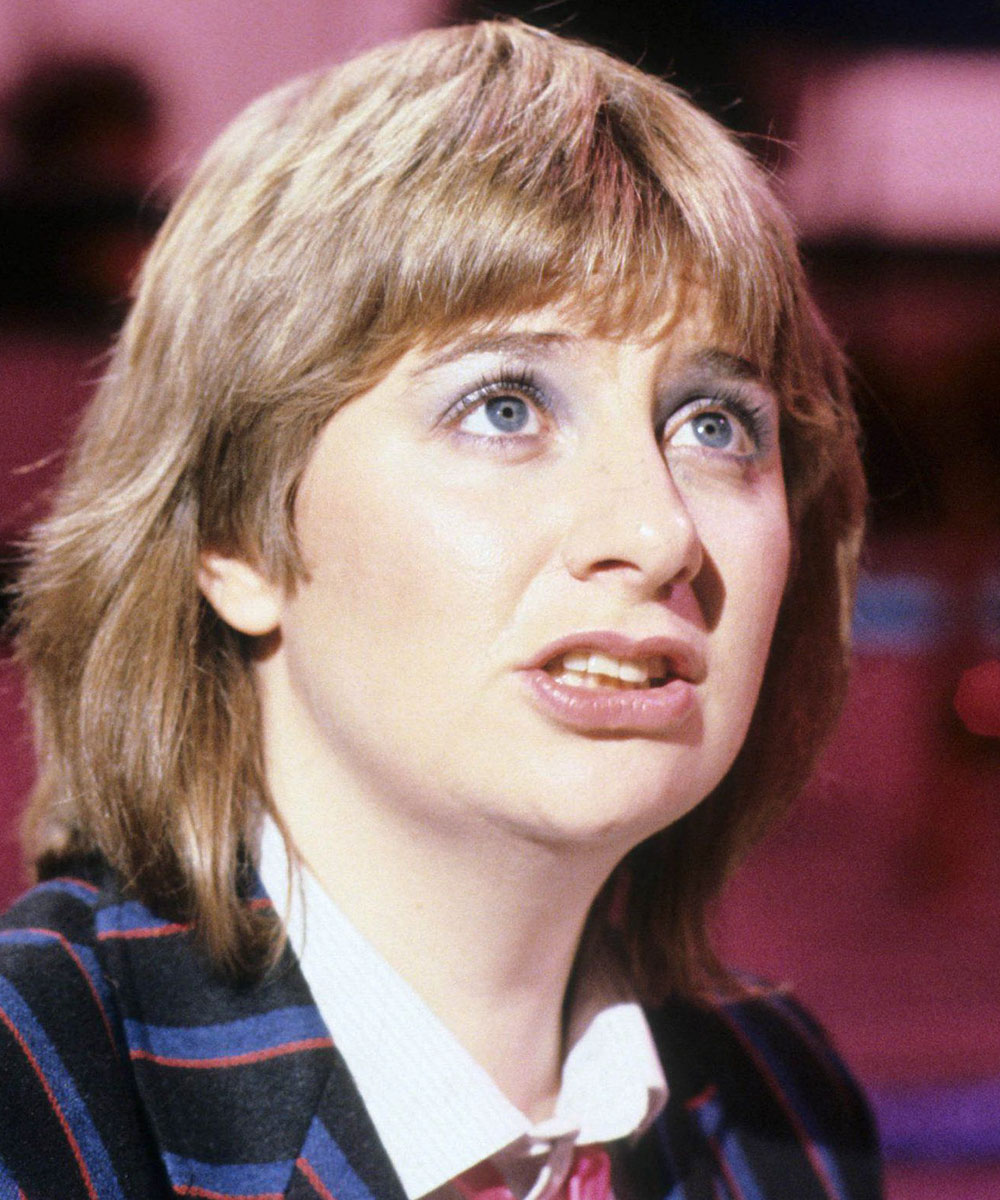 Sue, our very own Victoria Wood, is a Price Waterhouse-trained chartered accountant, and has mentored companies in sectors from interior design to horticulture and beyond. She has been Finance Director since isobel’s inception in 2003. 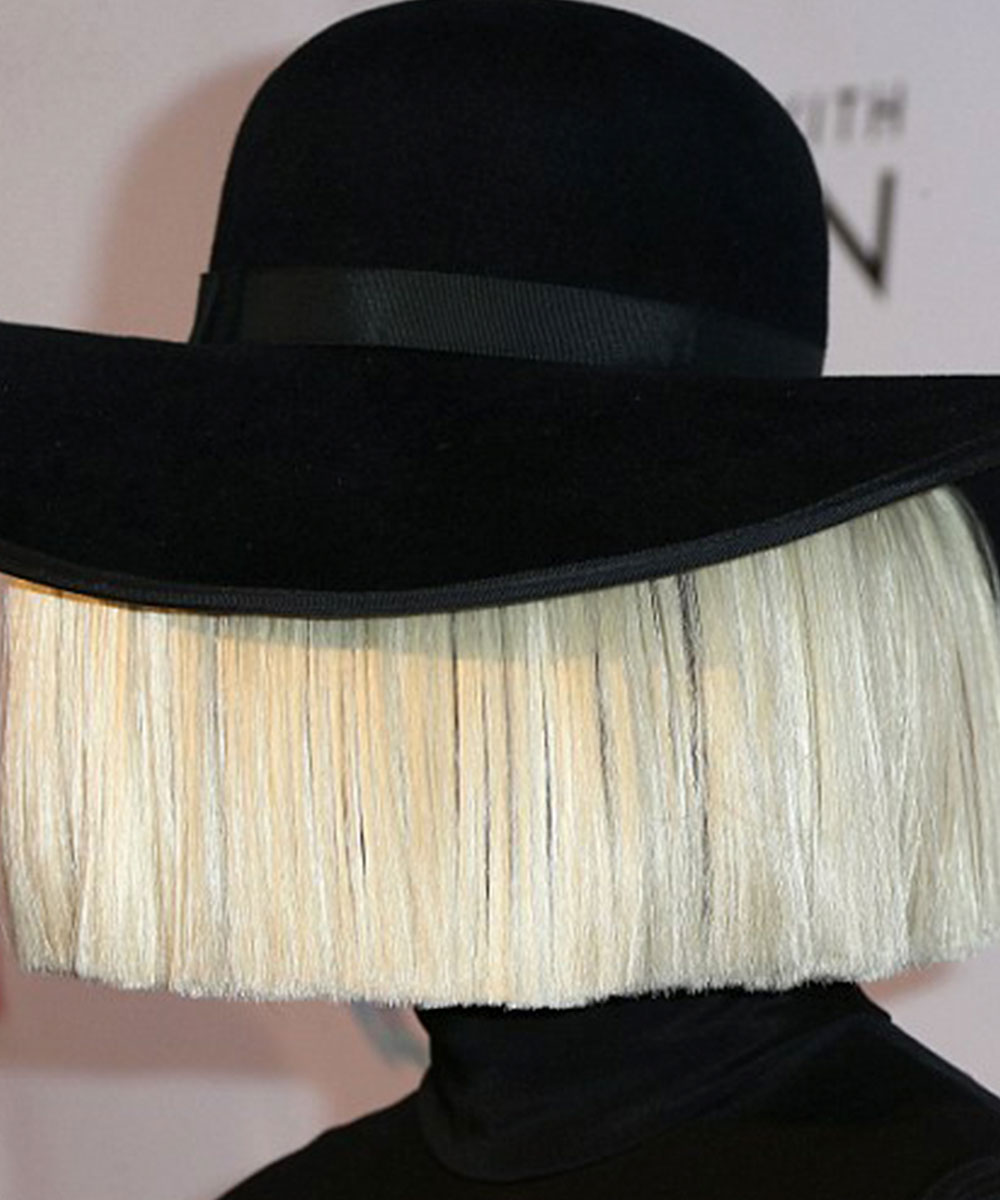 Sarah, aka Sia, started out in management consultancy before going into advertising in 2008. At M&C Saatchi she led the award-winning Olympic Delivery Authority campaign before moving to Leo Burnett to work on McDonald’s. She has experience across retail, finance, FMCG and behaviour change campaigns. Has been known to swing from the odd chandelier at parties. 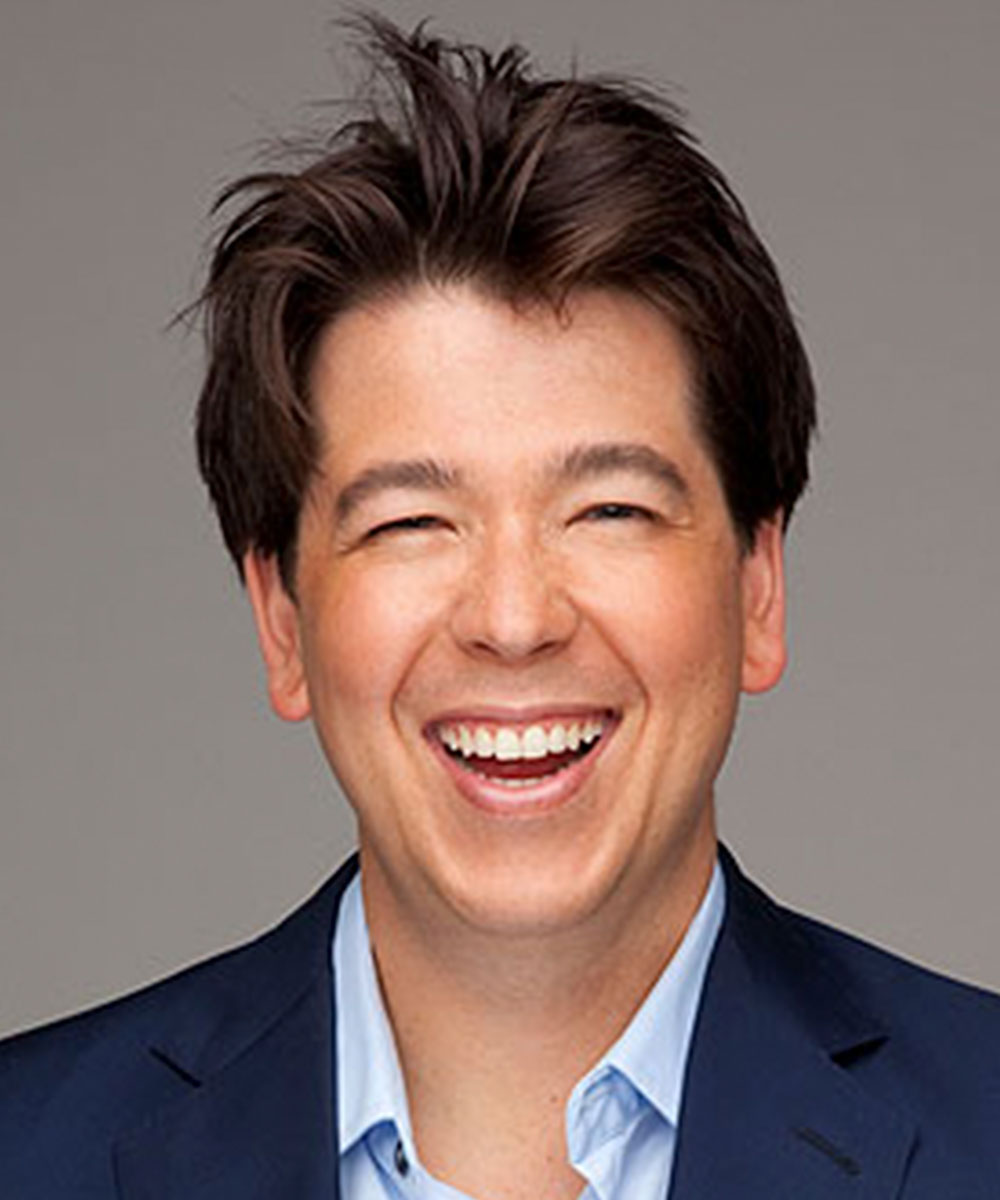 Chan, or if you look very hard, Michael McIntyre, is the agency’s wizard. Art working, motion graphic design, animation, video editing – the lot. After years and years of freelancing he’s finally found a home at isobel. He’s not half as funny as he looks. 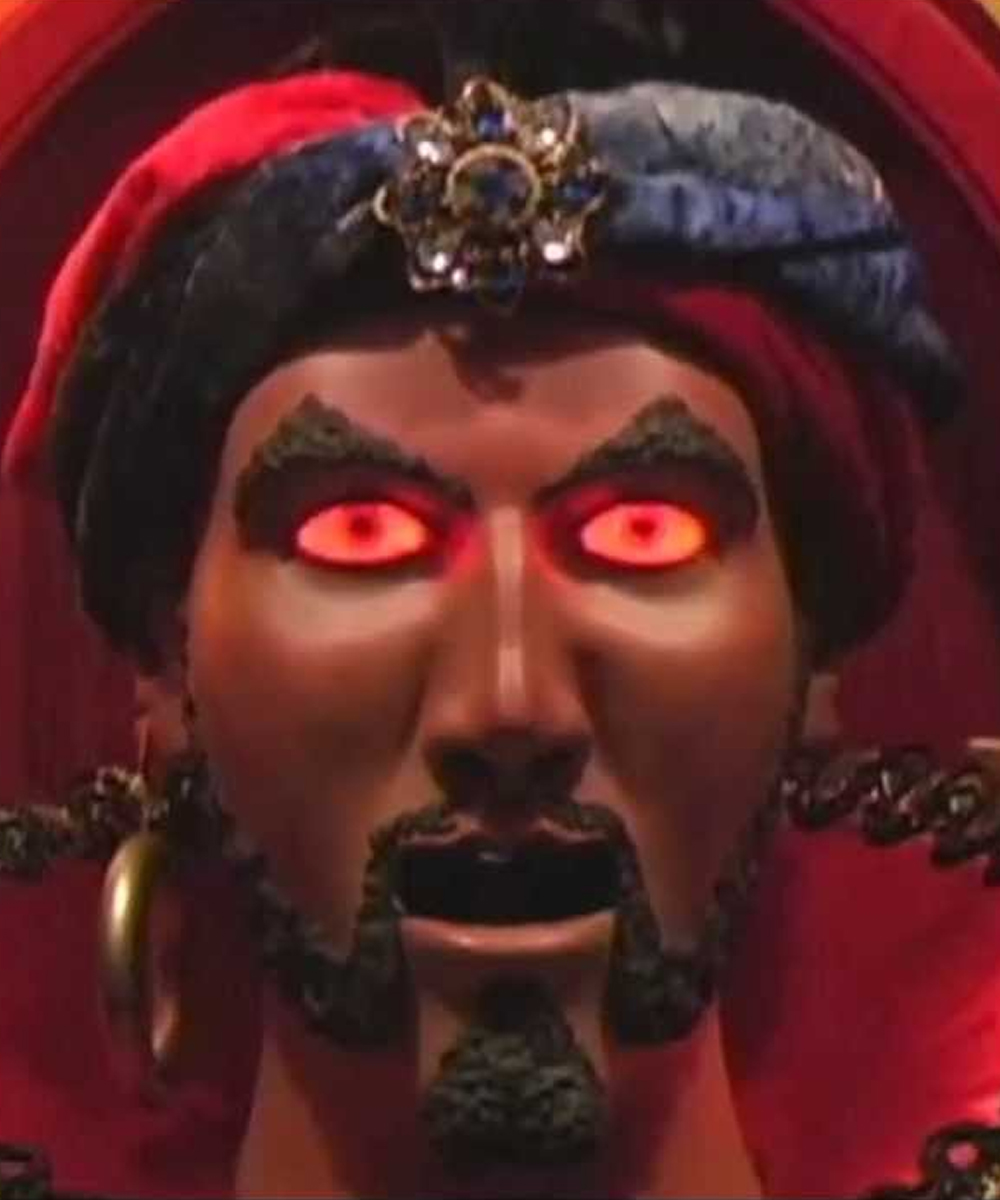 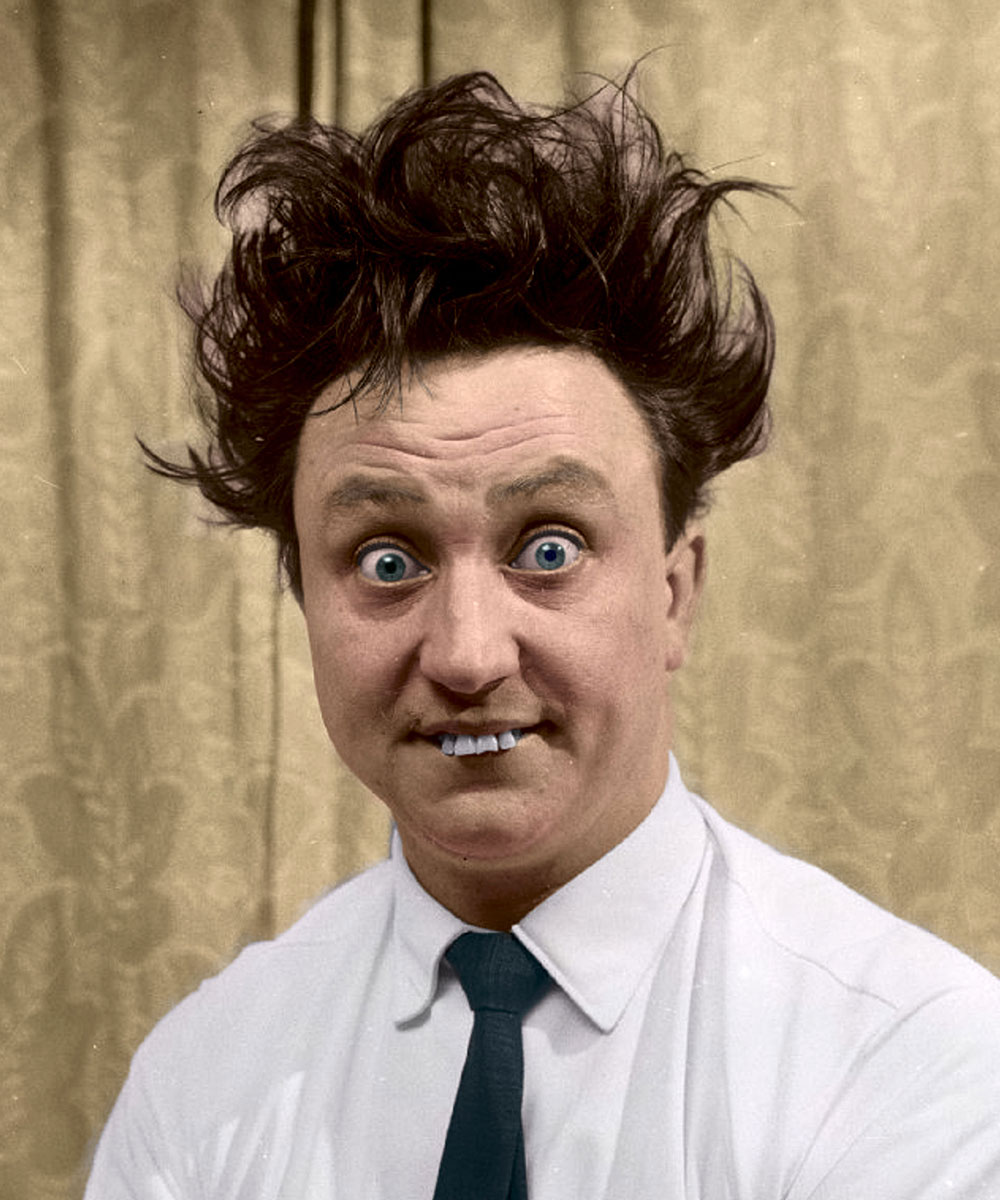 Before isobel, Dan/Sir Ken Dodd worked primarily in design agencies for 15 years. His past clients cover a wide range of sectors, from film and entertainment to FMCG products and charities. Watch out for his tickling sticks… 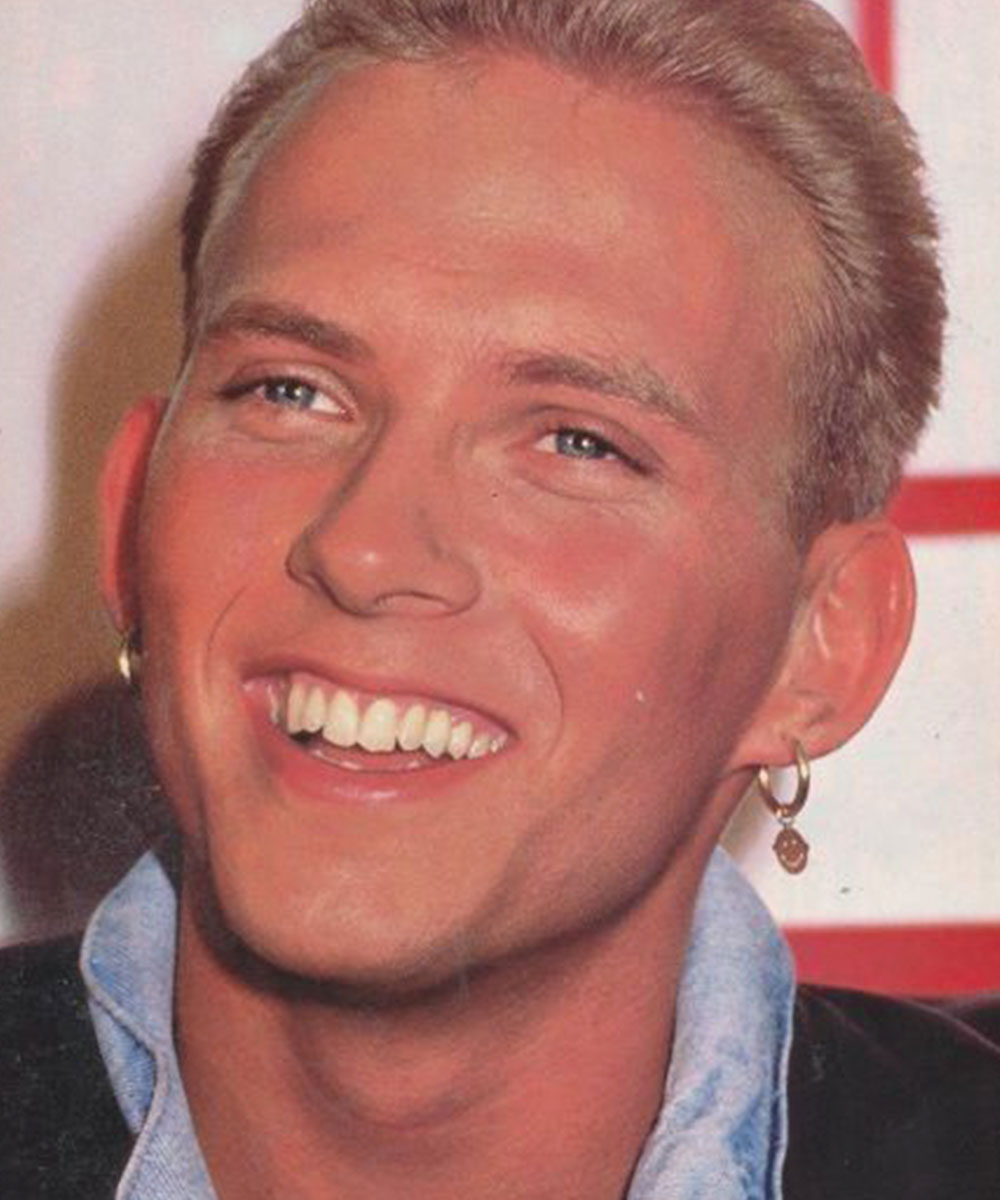 “When will I be famous?” singer, Matt Goss, aka Ben has worked with Simon since 2006. Before joining isobel the pair worked at CHI & Partners where they launched a TV service for TalkTalk, helped rebrand Argos and produced several striking and effective campaigns for Lexus, Big Yellow and British Gas. 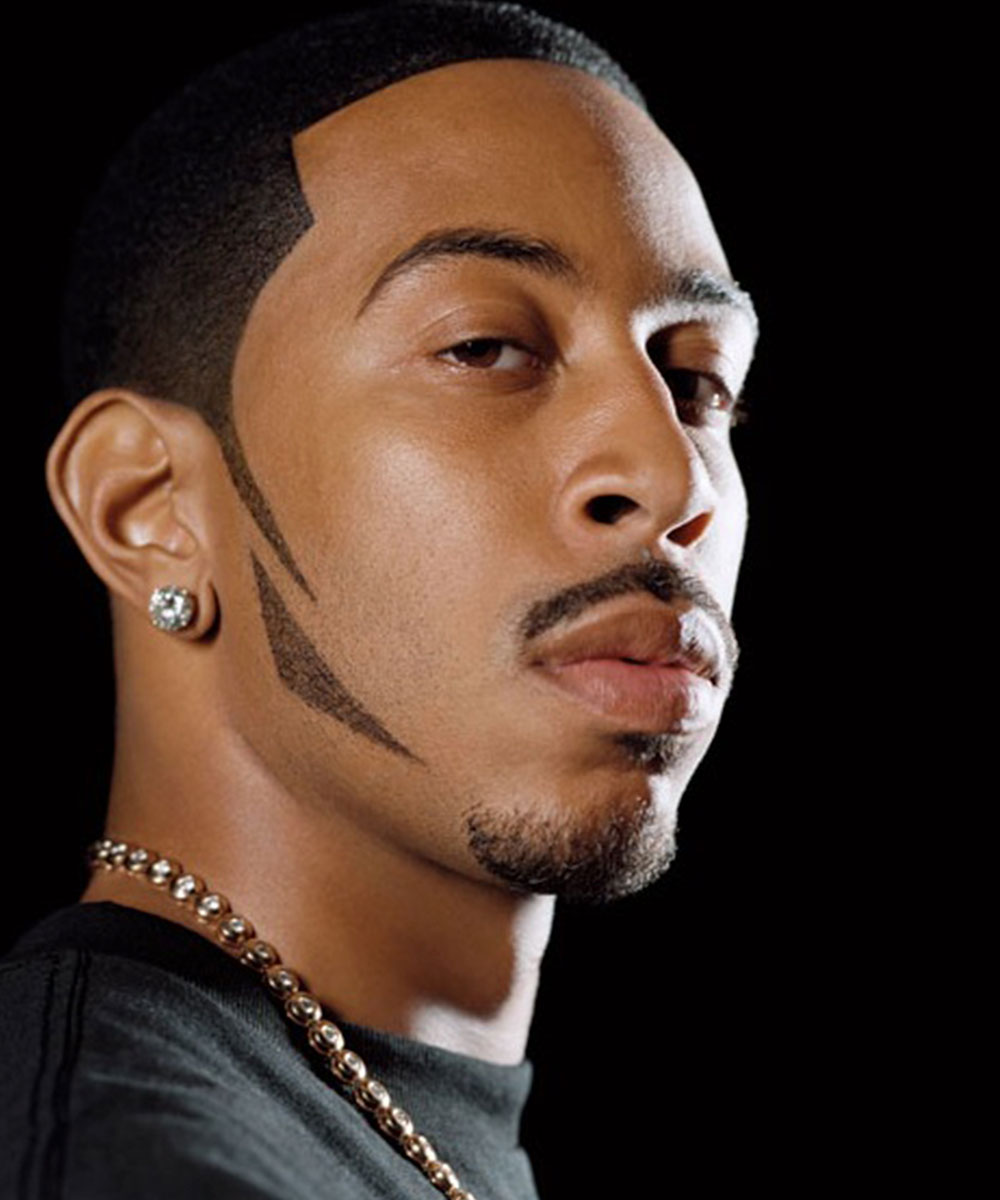 Simon, or as he’s known on weekends: Ludacris, worked with Ben at CHI & Partners. Over the last ten years, he’s created numerous striking and effective campaigns for clients such as British Gas, Visit Wales, TalkTalk, Lexus and Argos. He’s had a few hit singles too – B***H! 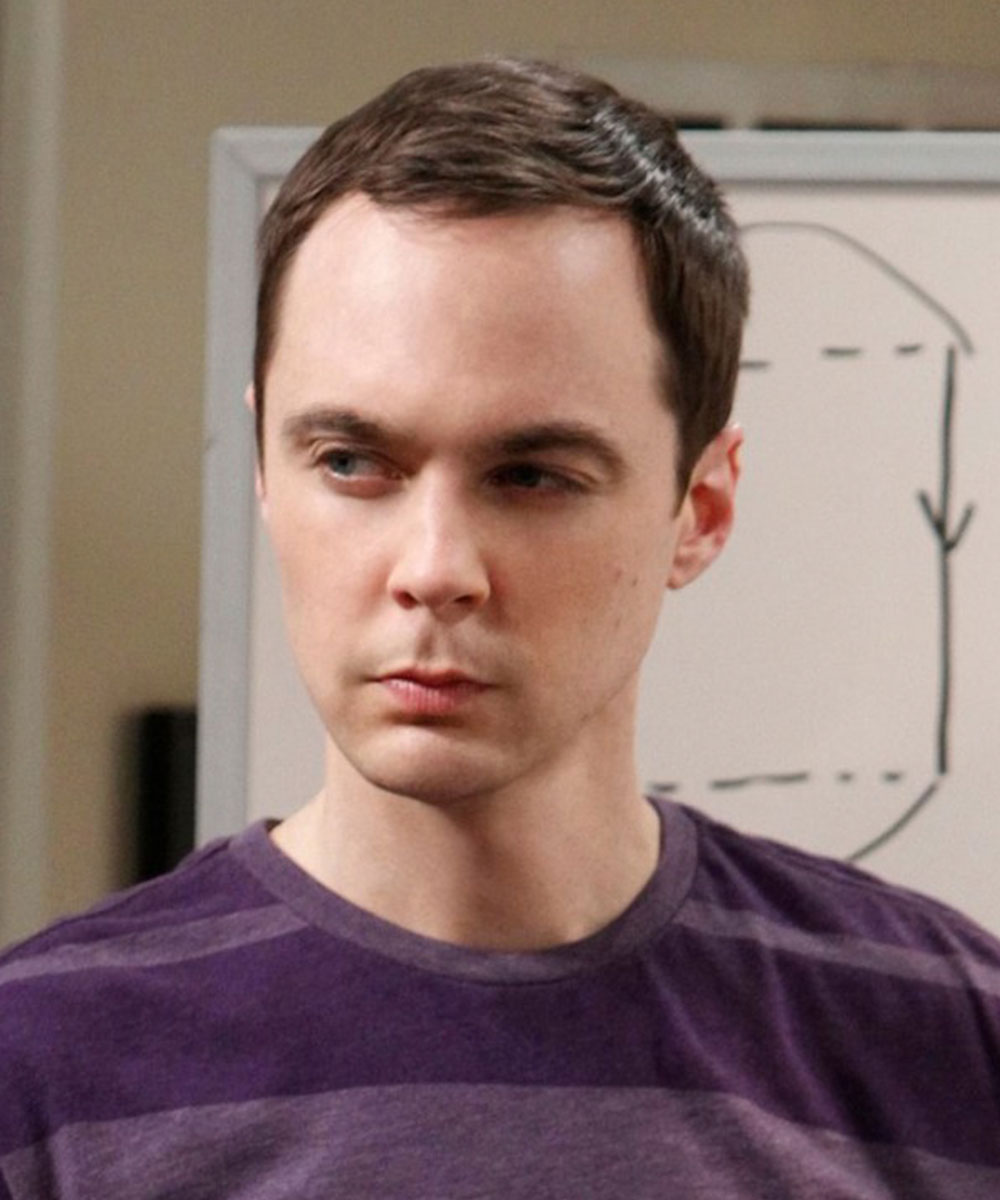 Alex, aka Sheldon, is a published novelist and award winning short story writer. He got into advertising in 2014 and has since worked on countless projects – from isobel’s new and existing campaigns to these extremely well-crafted profile descriptions. He’s so great. 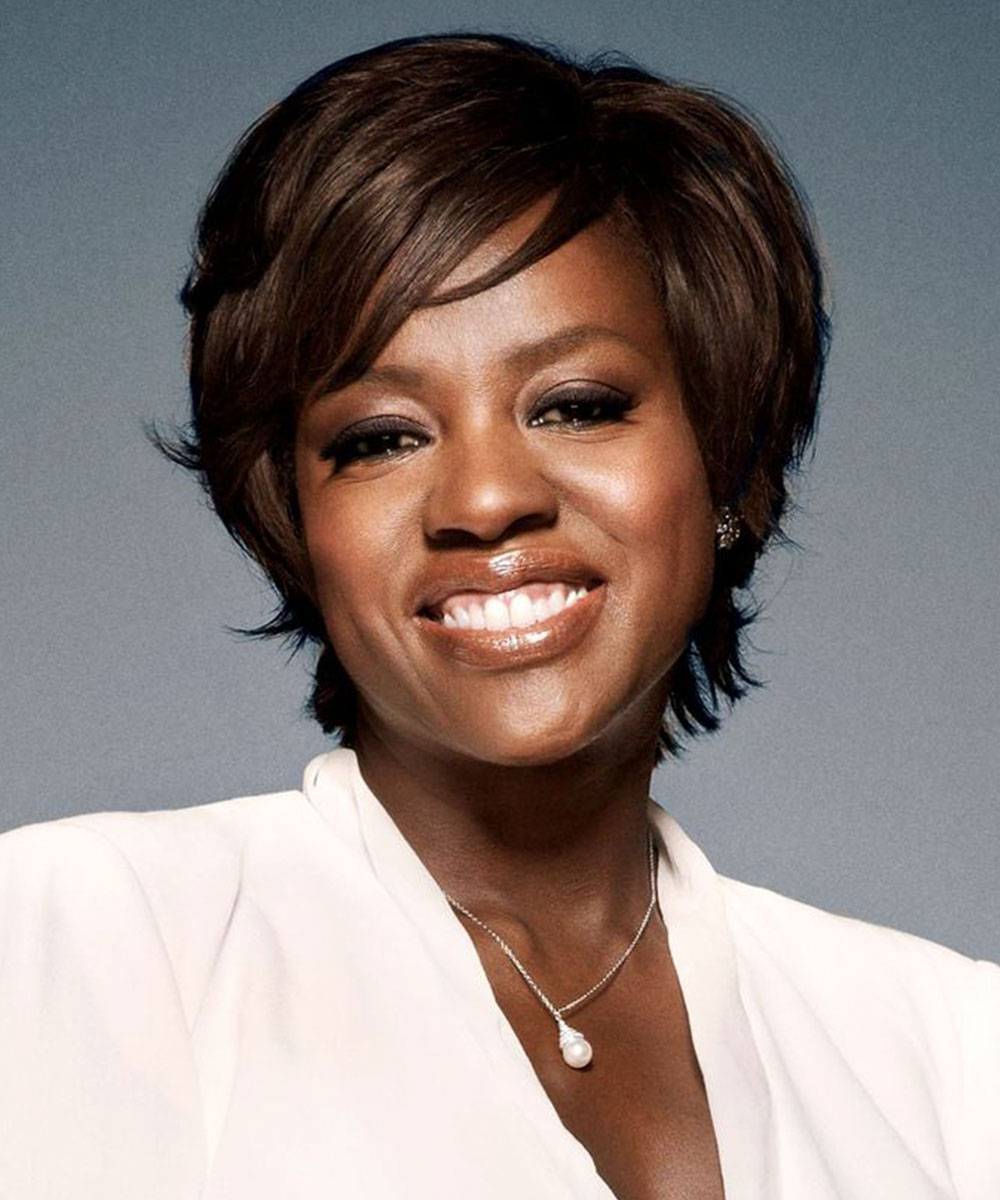 Bola has worked for a variety of agencies and has experience within the PR, Design, Marketing, Media and Advertising environment. Prior to working at isobel, Bola worked for PR specialist Four bgb for 12 years. And in 2012, she was listed by TIME magazine as one of the most influential people in the world… or was that Viola Davis? 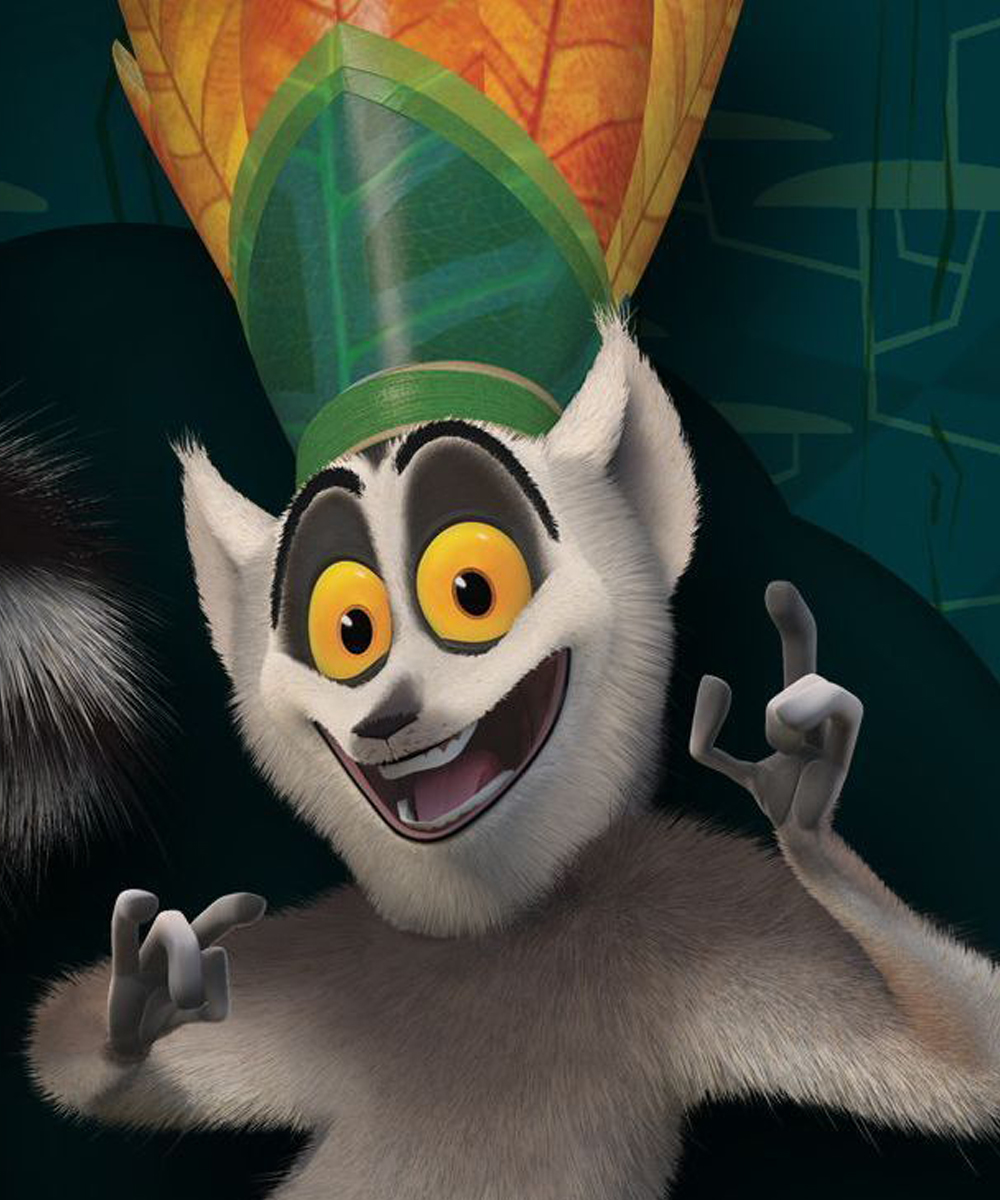 Before Joining isobel, Zoe worked on campaigns for Volvo, M&S and Braun at Grey. She brings her “move it, move it” attitude to the team, putting her super high energy levels to good use. She just got back from Madagascar, where she’s known by the locals as King Julian. 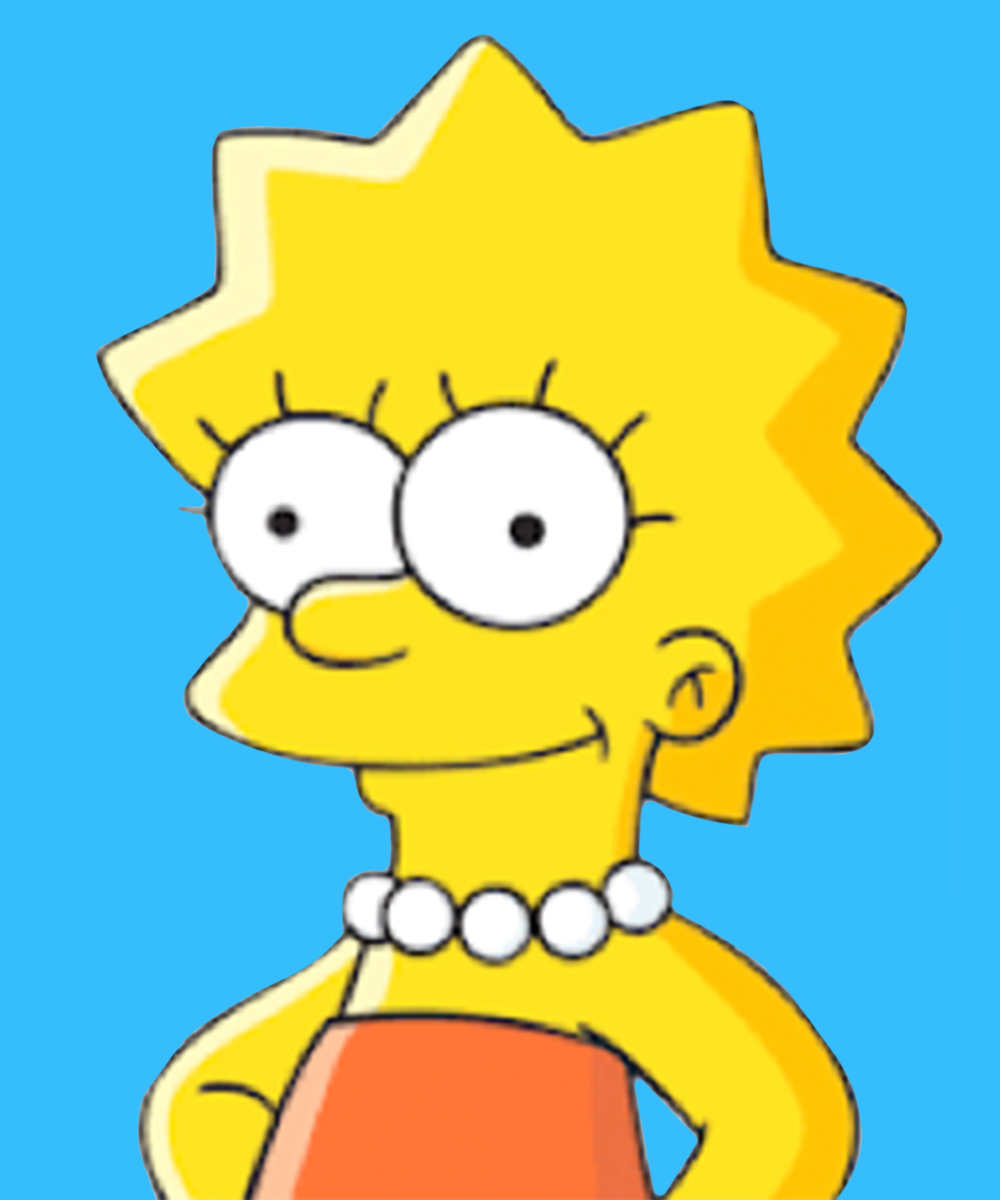 Maggie, or Lisa – don’t confuse her with her baby sister – is a perfect A-grade student. She’s fled the American continent and joined us from Canada, bringing experience in pharmaceuticals, telecomm, fashion, real estate, film; and she plays a mean sax. 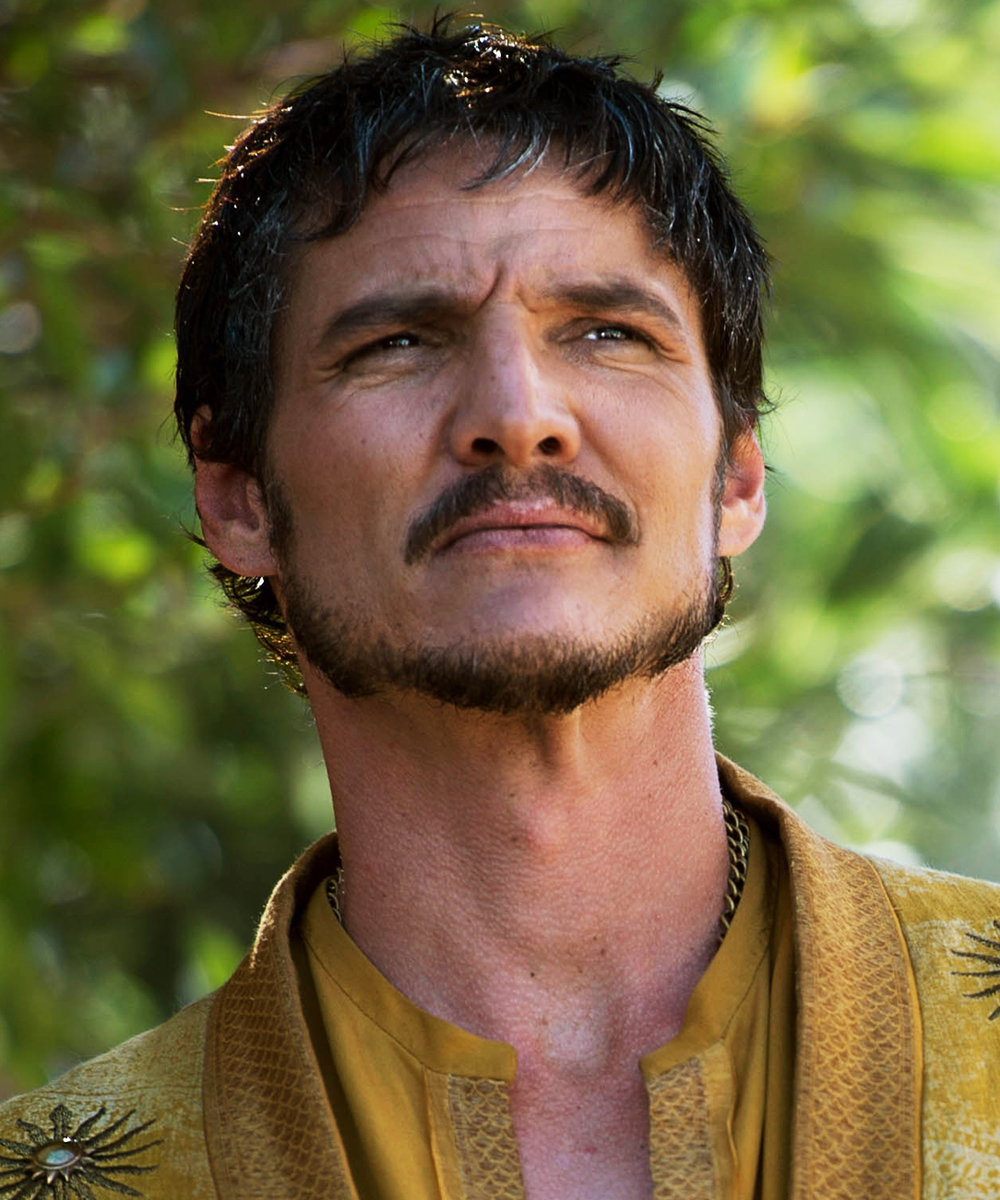 Pedro Pascal, or as he likes to be called on weekends, Tom, has gone on to do great things since his face flattening performance in Game of Thrones. He's created campaigns for Paddy Power, Yorkshire Tea, Yopa, and Hostelworld with Mariah Carey. 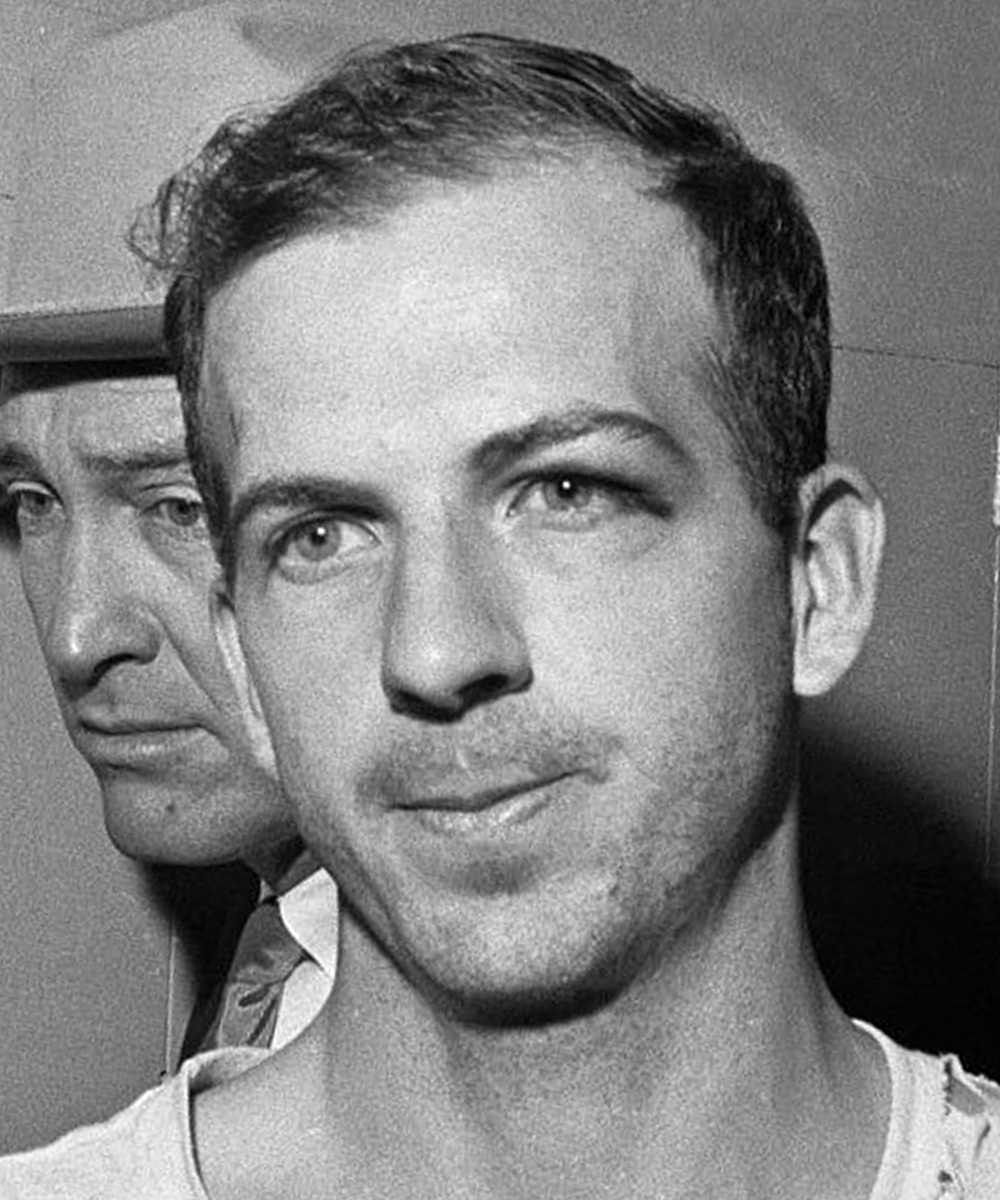 Since his identity was changed for obvious reasons, notorious JFK assassin Lee Harvey Oswald, now just "Lance", has worked as an advertising creative, dreaming up wonderful campaigns for brands like Refuge, Tesco and Virgin Media. 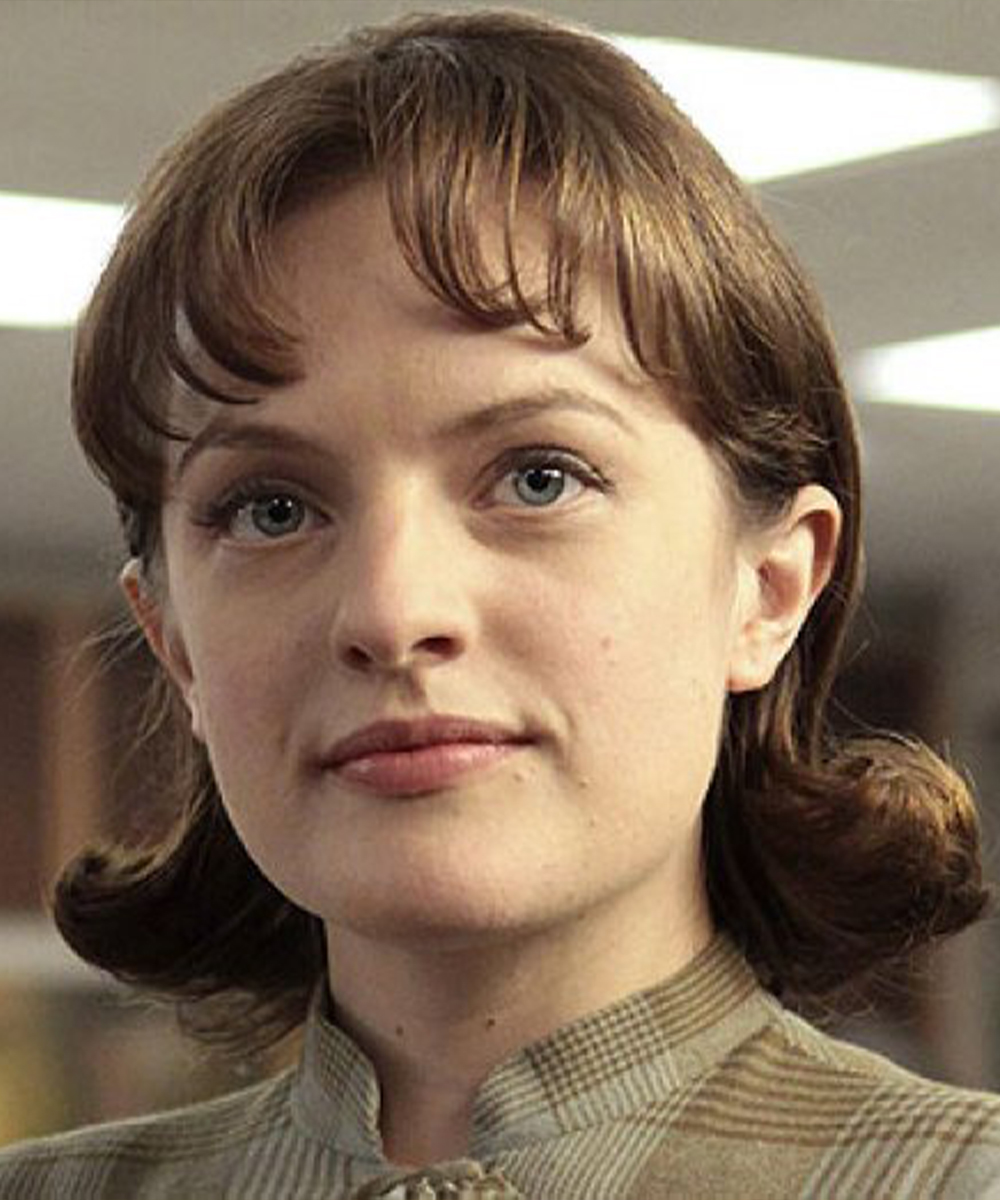 Ever wonder what happened to Peggy after season 7 of Mad Men? She's been hiding here, under the name: Heidi. She took a few years out working with Habitat for Humanity, travelling the globe to capture stories and produce content. Now she's rescuing our clients. 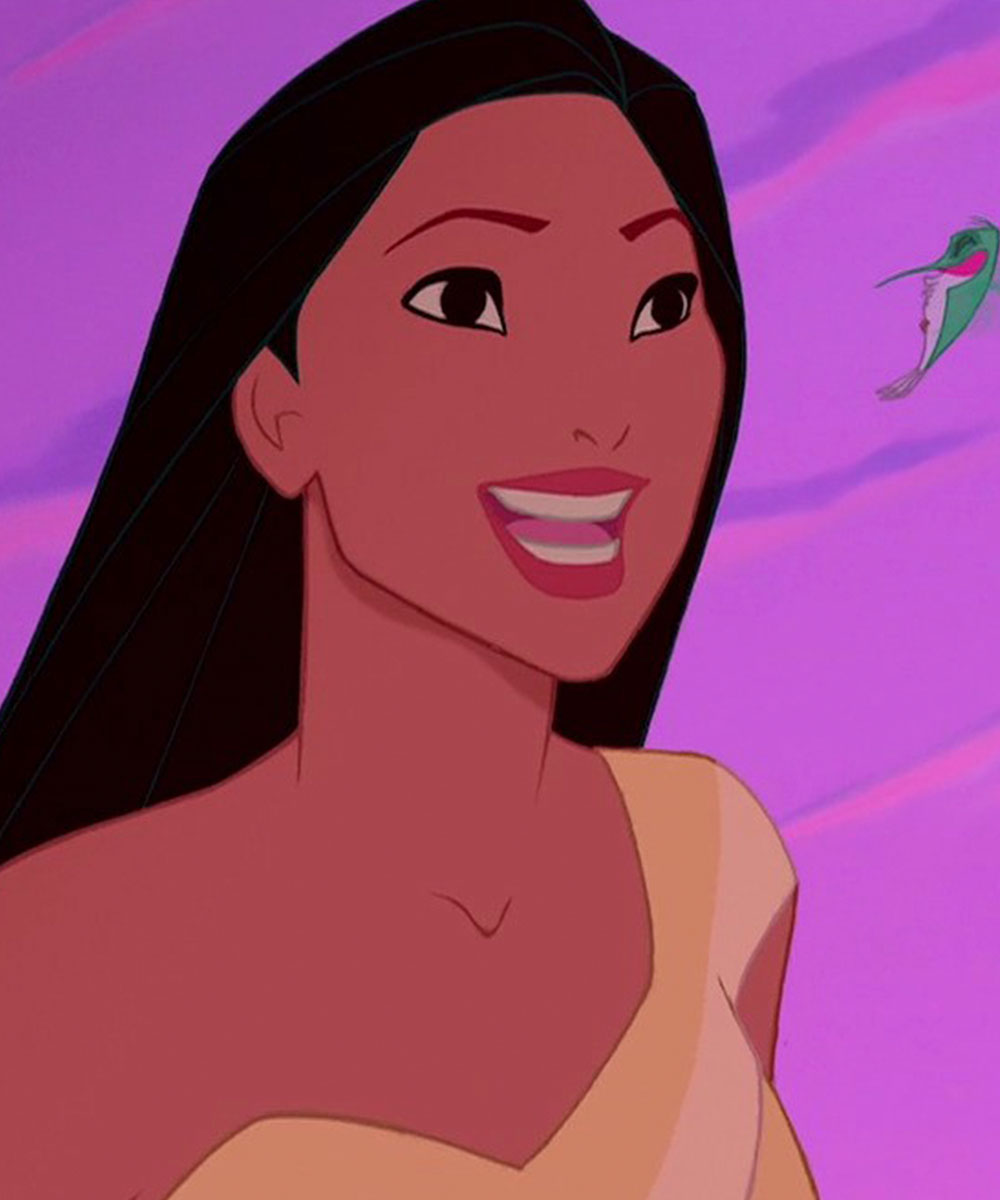 Can you paint with all the colours of the wind? Vithijah, aka Pocahontas can. She graduated from King's College London in 2012 and has since worked in research and media industries before joining isobel in 2015. 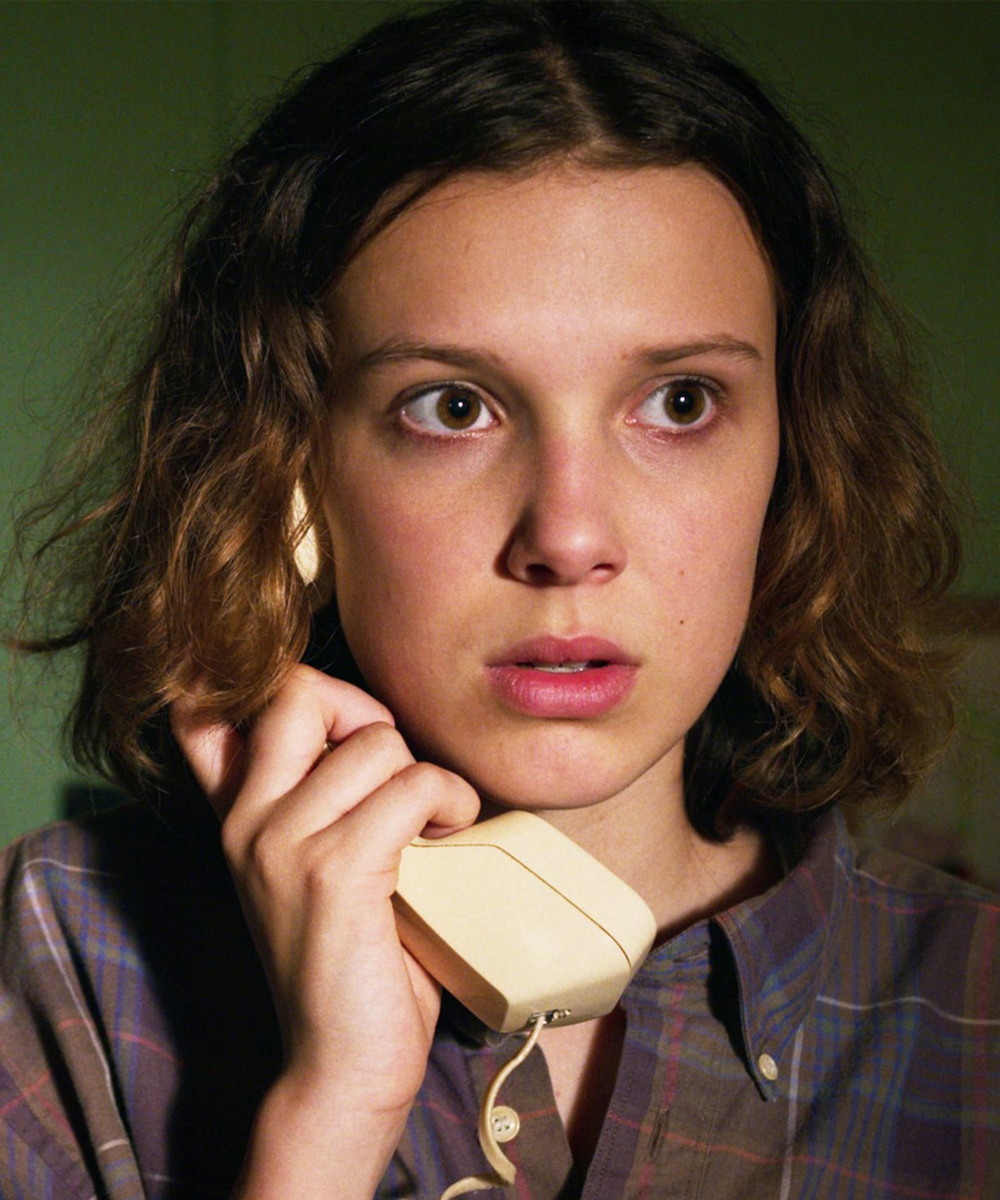 Eleven, real name Hannah, escaped a top secret location to work in Sydney and London on brands ING, Fitness First and TFL. She often has nosebleeds, and they usually make the lights flicker. We don't ask. 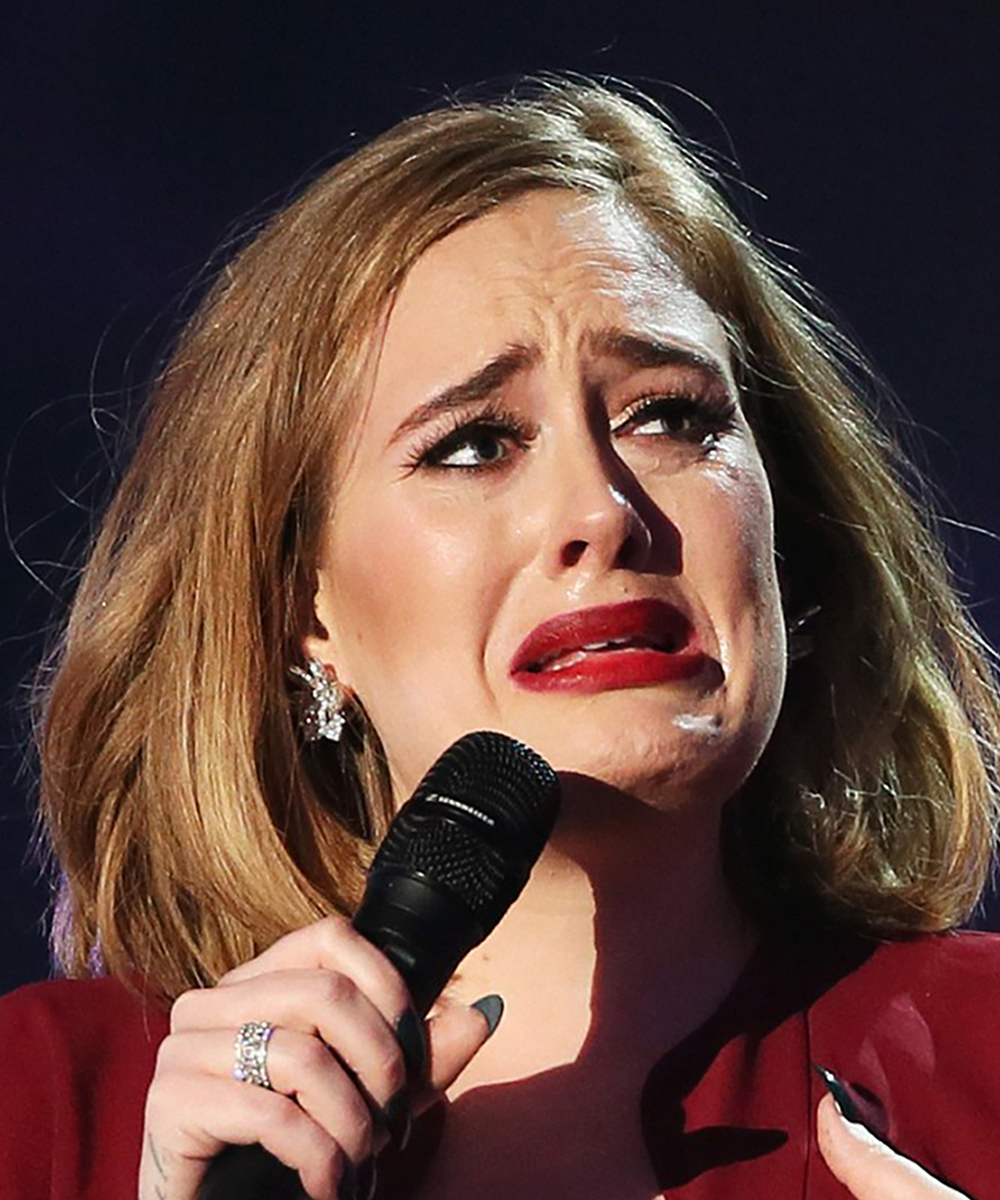 After rolling in the deep in New Zealand and Australia working with brands like David Jones, Australia Post and Kmart, Adele, or Kara, returned to her hometown glory then onto London where she manages impossible feats at isobel, like setting fire to the rain. 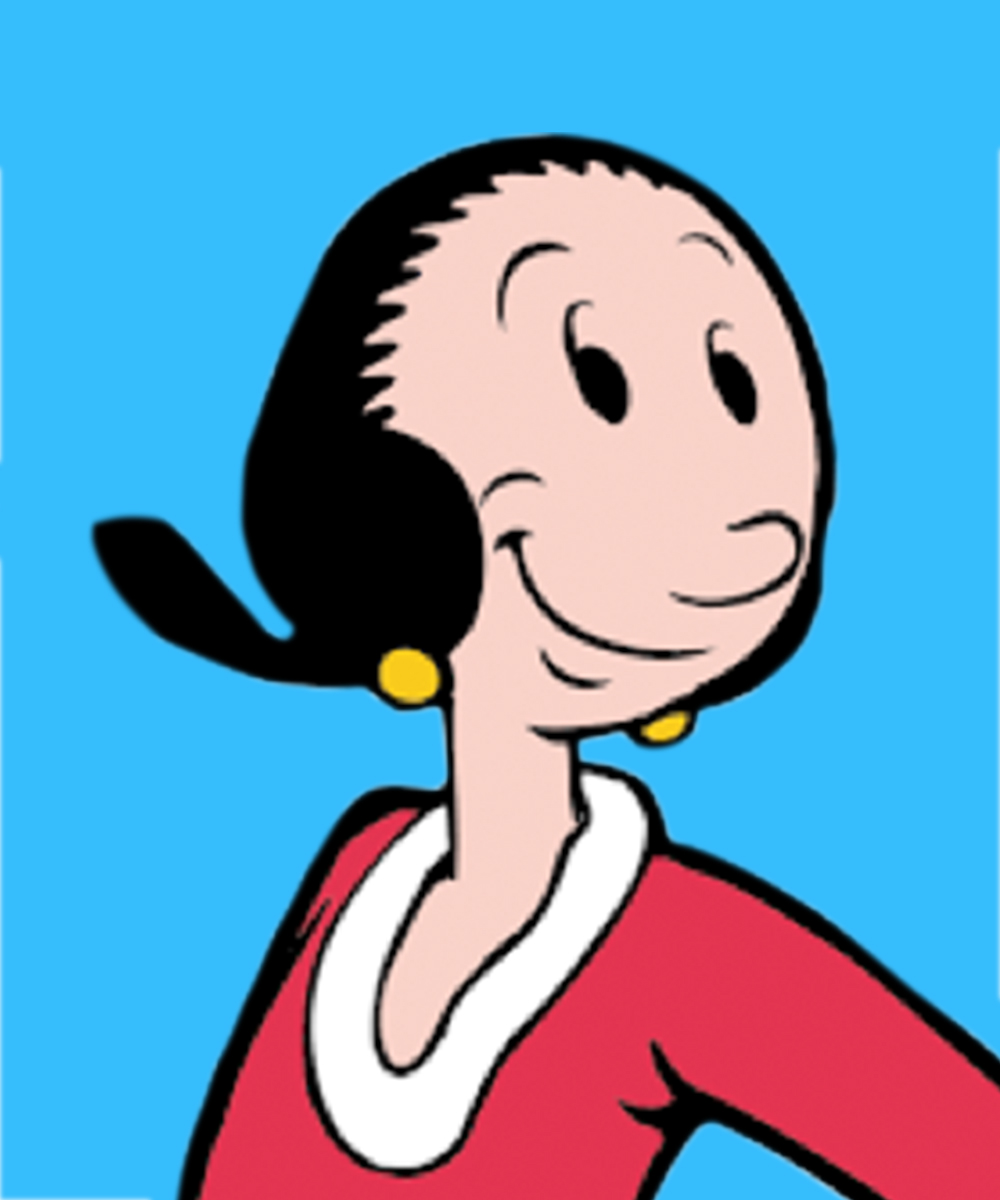 Natasha aka Olive Oyl, has worked with Droga5 London, ITN Productions and with lovely brands such as Impulse, Danone and Toyota – she's especially experienced with socially reactive ads. When she’s done delivering quick turn arounds in the office, she goes home to Popeye – despite his biceps, it’s obvious who wears the trousers. 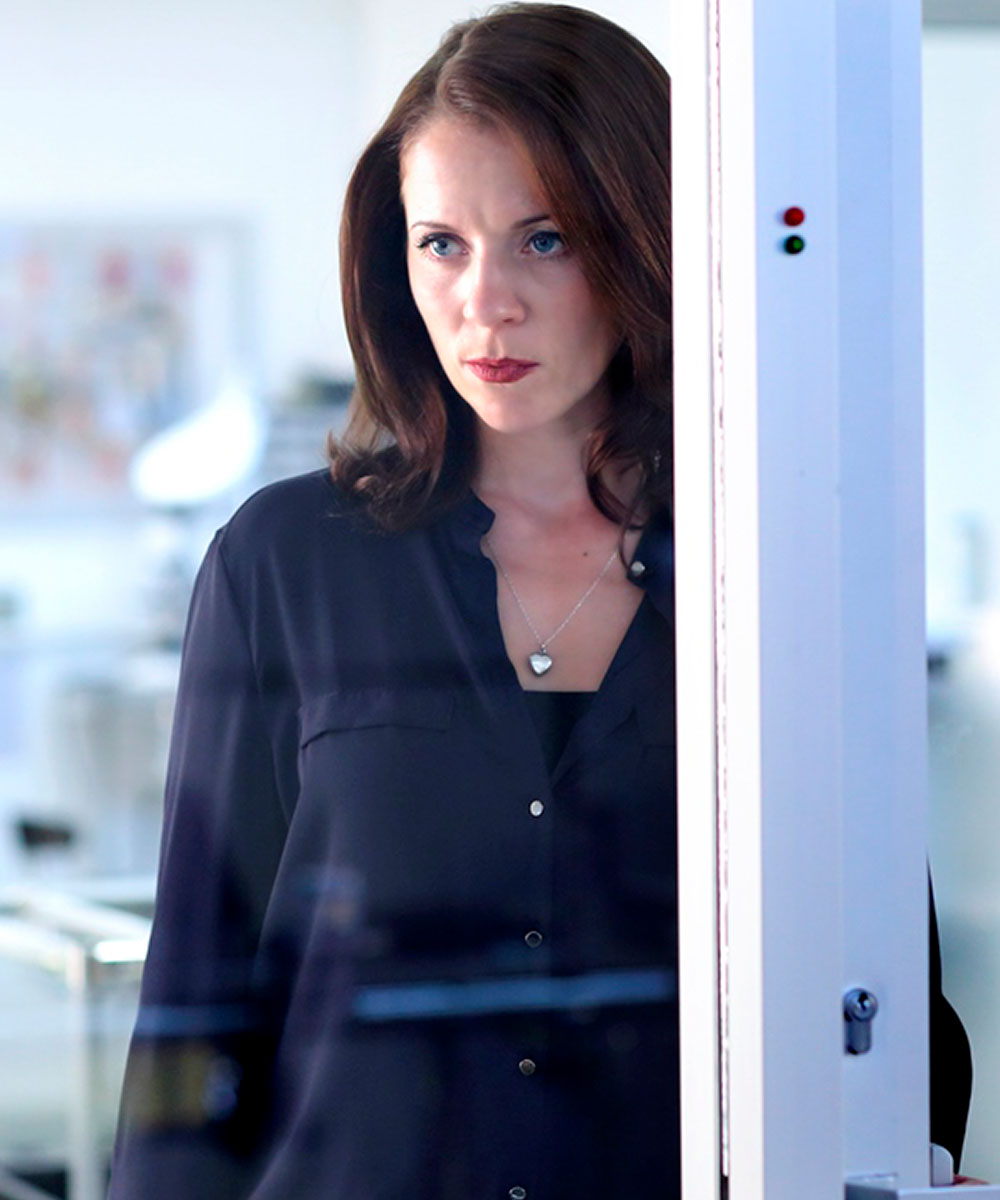 Head of Everything Else

Rhona works behind the scenes making everything go smoothly. Phone calls, meetings, coffee runs, foot massages ­– you name it. And she looks a bit like whatsherface off that BBC Three children’s show. 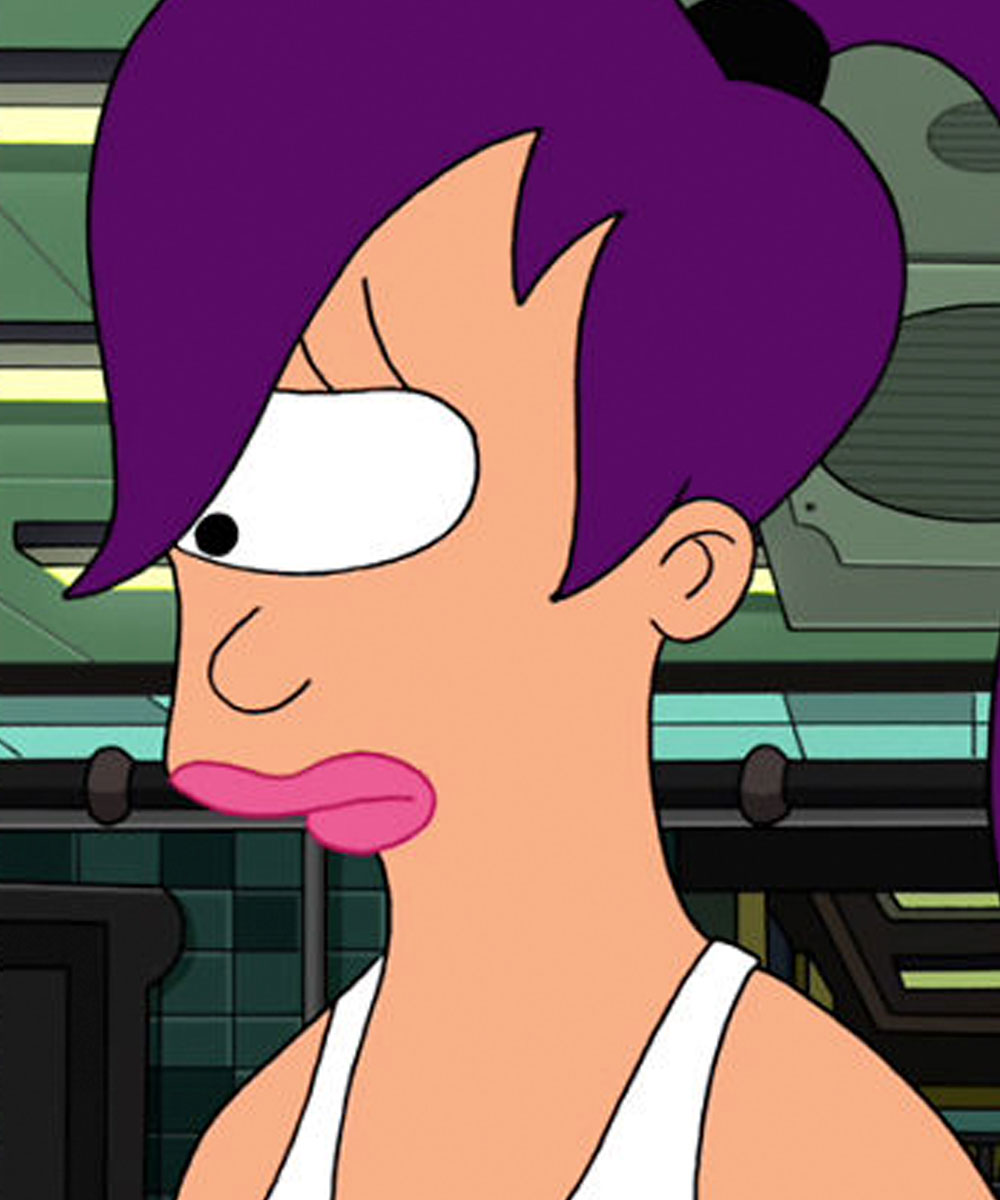 Emily, AKA Leela, captain of Futurama's Planet Express, used to run a pretty tight ship in the Financial Services agency Teamspirit, but now brings her "no rain or sleet" attitude and "kick-your-ass" grace to the team at isobel. Max started his career in copywriting before moving into new business at his previous agency, specialising in brand positioning. He has since joined the isobel team as a fully fledged account manager. And he uh… looks a bit like Nosferatu. 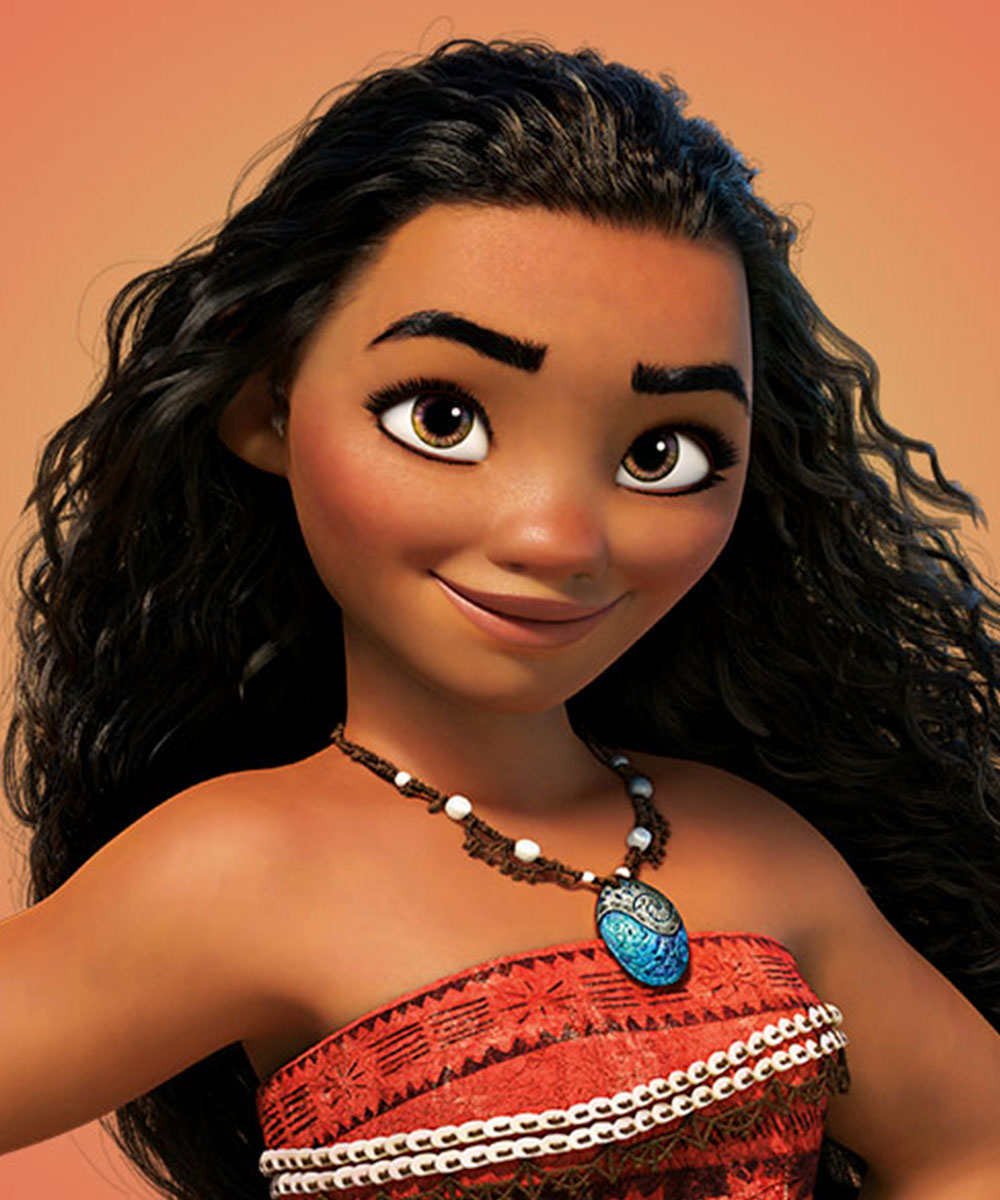 Amy, aka the island chief’s daughter Moana, is the agency’s favourite kiwi. She started out in film and TV and went on to produce amazing work for McDonald’s, Volkswagen, Coca Cola and more. Then she built a raft and sailed across the world to isobel.

WANT TO FIND OUT MORE?