The mattress industry has been turned upside down over the past 5 years.

For a long time the only way to upgrade your mattress was to go into the store, try it out and wait 8 weeks for it to be delivered. But breakthroughs in mattress technology have meant quality mattresses can be made quicker, in larger quantities, rolled up and shipped straight to your door the day after you order one.

The emergence of direct to consumer brands hasn’t just affected the mattress category, it’s causing havoc across the board in lots of different industries. Tech advancements see entrepreneurs flocking to the next new thing and crowding market places.

There are now quite a few mattress brands all seemingly named after new-wave baby names like Simba, Casper and Eve. All of which offer long warranties, money back guarantees and claim to be award-winning products. And all of which are very similar, with slight technical differences that are difficult to communicate to consumers.

In situations such as this, where USPs are few and far between, advertising has become an essential tool to differentiate one brand from another. Brands need to work out which audience they want to talk to most, then find the tone they need to strike to best reach them.

SIMBA — the millennial one.

Simba is slick, modern and has that start-up feel that millennials love. Their most recent advert features Maro Itoje, England’s fastest rising rugby star, as he trains for Japan 2019. The ad’s purpose is to get you to download the Simba app, which will track your sleep and make you better at it. This positions Simba as a brand that knows what it’s talking about, and associates it with a celebrity who needs the very best to stay top of his game. It’s great positioning and faraway from the sexually charged TV ad they brought out 3 years ago, which was probably used to cut through and make a bold entrance to the market. 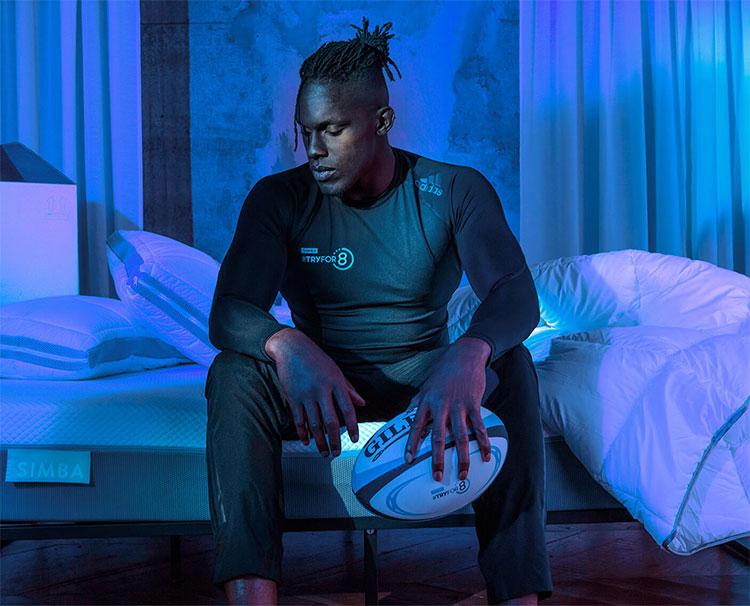 Apps, young sporty brand ambassadors, a smart, start-up feel — these are all things that attract millennials, but as much as they may make the brand feel cool — they don’t make it feel that wholesome.

EVE — the lifestyle one.

Eve have positioned themselves as a lifestyle brand, that’s perhaps why their mattress, arguably the most recognisable on the market, is that instagrammable yellow. Their website is full of pictures with wonderfully composed rooms, and beautiful models posing on mattresses. If you compare the Instagram accounts of Simba and Eve, you’ll see far more sleep science on Simba’s feed and far more lifestyle sleep aspiration on Eve’s. 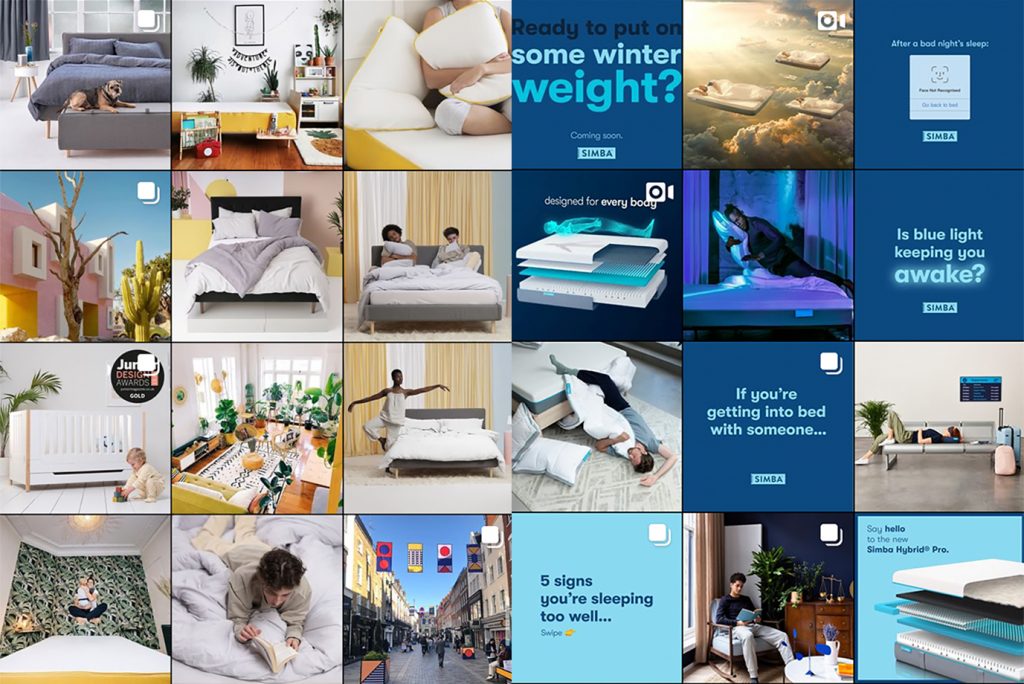 This is a real point of difference — Simba are mostly about the product, whereas Eve are mostly about how the product makes you feel. That’s exactly what their TV ad does — “Bed’s designed for better starts” so you can “Wake up dancing.” There’s also a cuddly PG Tips inspired sloth you get when you order; that, the music and the whole vibe targets families — and we can reverse back from there to an insight, which was probably something like ‘families find mornings tough’.

The other thing that’s interesting about Eve is the Sleep Quiz. You answer a bunch of questions, how many in the bed, how big, any furry friends, and what your favourite drink is — and they work out what your mattress will cost you every month over 10 years. Why interesting? Because again, they’re not talking about different types of foam, they’re making it about your lifestyle. And that’s a great way to realise the value of anything.

EMMA — the awards one.

Pretty much all these DTC mattress brands have won some kind of award, but Emma have decided to root their positioning firmly in the UK’s Most Awarded Mattress. This is brave, because whereas the other brands are doing more to standout alongside their awards, Emma seems to be putting all their efforts into one basket.

Their TV ad feels like it has the highest production value of the lot, and in terms of creativity, it’s probably the most left field. The essence of the idea is that Emma have put the sleep fairy out of business — which I guess links back to them being the UK’s Most Awarded Mattress — sort of. 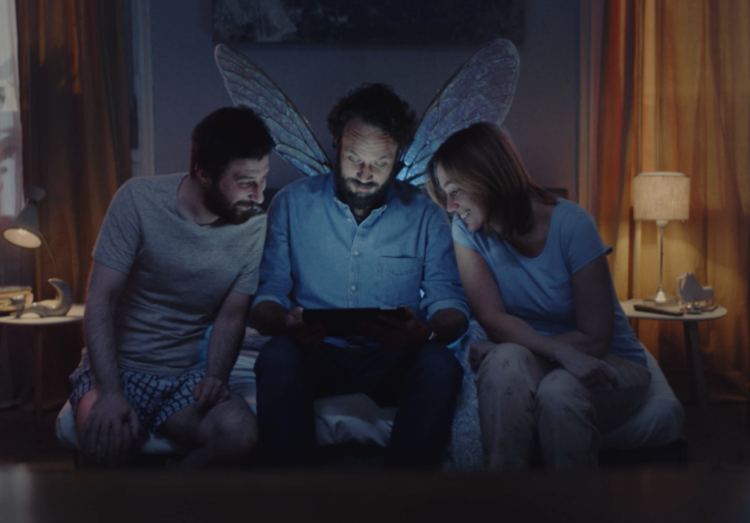 There’s something very plain and almost mumsy about Emma, whether that’s intentional or not it can play as a strength. Some more mature audiences are turned off by millennial brands; they think they’re not for them, or refuse to buy into the ‘young-generation’ hype — more mature audiences are more swayable by awards and testimonials too, which could be another reason they’re pushing that strategy. This helps separate Emma from Simba and Eve and position it as ‘The Mattress my Mum would buy’ — which means they’re competing against Dreams and Bensons for Beds. And maybe that’s where they want to be.

CASPER — the Silicon Valley one.

Casper have gone for the Silicon Valley approach. They refer to themselves as Casper, the Sleep Company, which like Simba’s app and sport professionals lends them an air of authority in the mattress department. Their minute-long film shows employees, or snoozologists, telling us that they’re on a mission to make the world a better place through sleep. And this is all done with a light hearted, tongue-in-cheek touch, using ‘real employees’ so the brand feels more human — contrasted against Simba.

Their TOV throughout most of their communications is basically ‘Netflix Documentary’ and that’s not a bad thing. Mattresses are one of those products people love to research — you make a decision to change mattress and by the end of the week you’re an expert on mattresses, and so is anyone who’s been stuck in a lift with you.

The Glow Light adds further sleep expertise to Casper’s brand. Sleep lamps aren’t new, but by designing their own and making a film about it they position themselves beyond the mattress as genuine sleep experts — and this builds on their Sleep Company image. 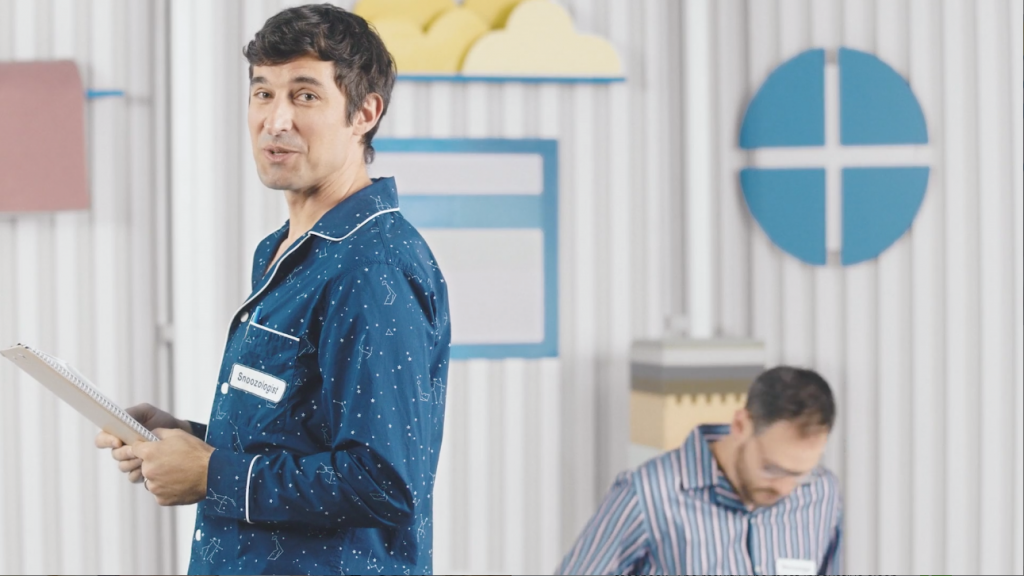 There are of course lots more that aren’t mentioned here. Some honourable mentions go out to Leesa, Hyde & Sleep and Brook & Wilde, who maybe just haven’t found their angle yet.