This is the age of the artisan. People are moving away from novelty, convenience and value and turning towards craft.

The trend that has encapsulated the wine market for hundreds of years has finally spread across into beer, marking a rise in Craft Beers and Artisanal Ales.

It’s moved into coffee, where people are no longer satisfied with instant-mix over-frothed cappuccinos — instead they crave high quality beans, and a drink made to look like a work of art.

Chocolate could be the next artisanal product to take off. Why? Because two trends are happening at the same time that are a perfect collision for chocolate. One is the rise of craft, the other, the fall of sugar.

There is a stark difference between mainstream ‘chocolate sweets’ and proper chocolate. Namely, the quantity of the actual chocolate (cocoa) used. Take the humble Mars Bar, most people would describe it as a chocolate bar. But is it? The EU doesn’t think so, they require products to have at least 30% cocoa in order to be classed as ‘milk chocolate’, and the Mars Bar doesn’t cut it.

Cadbury’s Dairy Milk is 26% cocoa and Mars Galaxy 25%. While those figures are below the EU’s threshold, the UK has a relaxation on the directive, making it only a 20% requirement. So right now, in the UK, they are both classified: chocolate — and from a chocolatier’s perspective, that’s a bit cheeky. 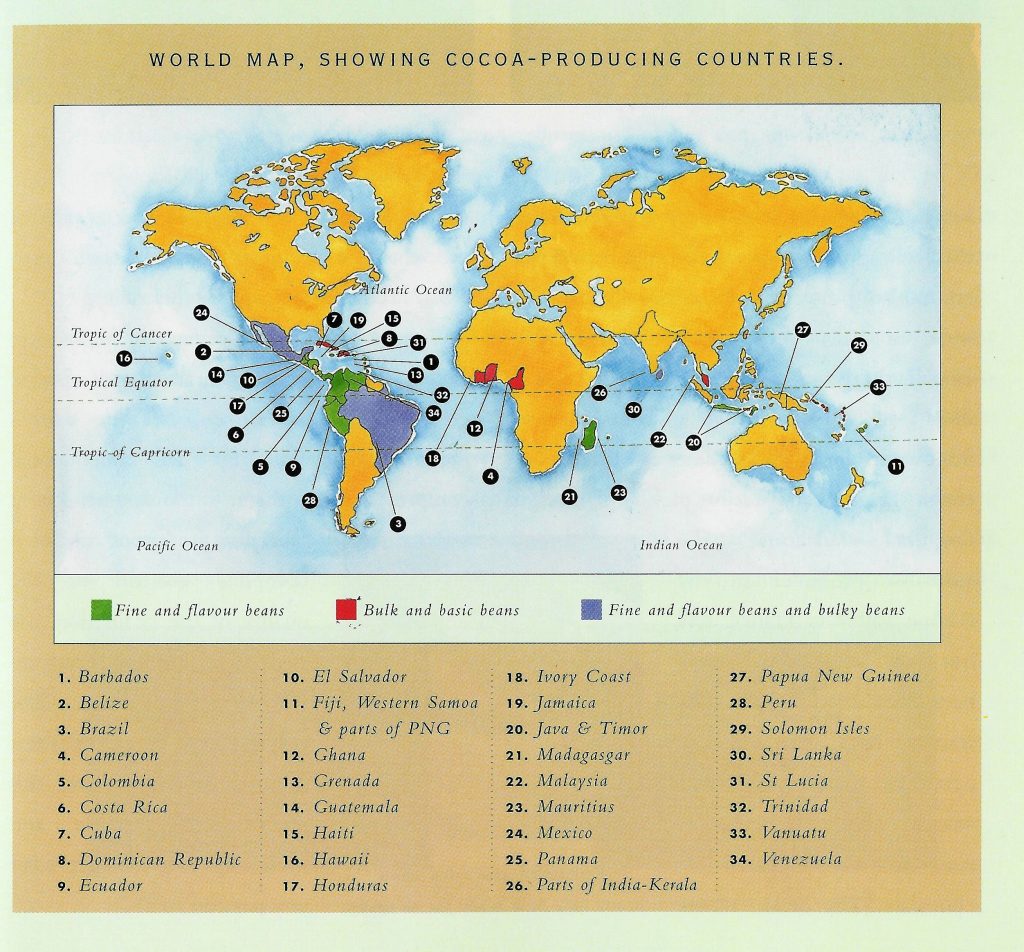 Chocolate isn’t just a lovely, lovely thing. It has a reputation that consumers should find easier to treat themselves with. It has nutrients and antioxidants and considerable evidence points to powerful health benefits. A 50g bar, for example, contains the same concentration of good stuff flavanols as two glasses of red wine, 4 ½ cups of tea, or six apples. But sugar-packed equivalents contain little of these perks — and the sugar greatly outweighs the benefits.

In some ways it’s very much like coffee, another commodity that’s been misrepresented by those sugary drinks on the supermarket shelf. Chocolate bars that are predominantly just sugar are giving genuine chocolate a bad name.

Hotel Chocolat, a brand with a fascinating backstory, is taking the fight to mainstream confectionary producers, asking chocolate associations to step up regulations in regard to what brands can get away with calling chocolate. 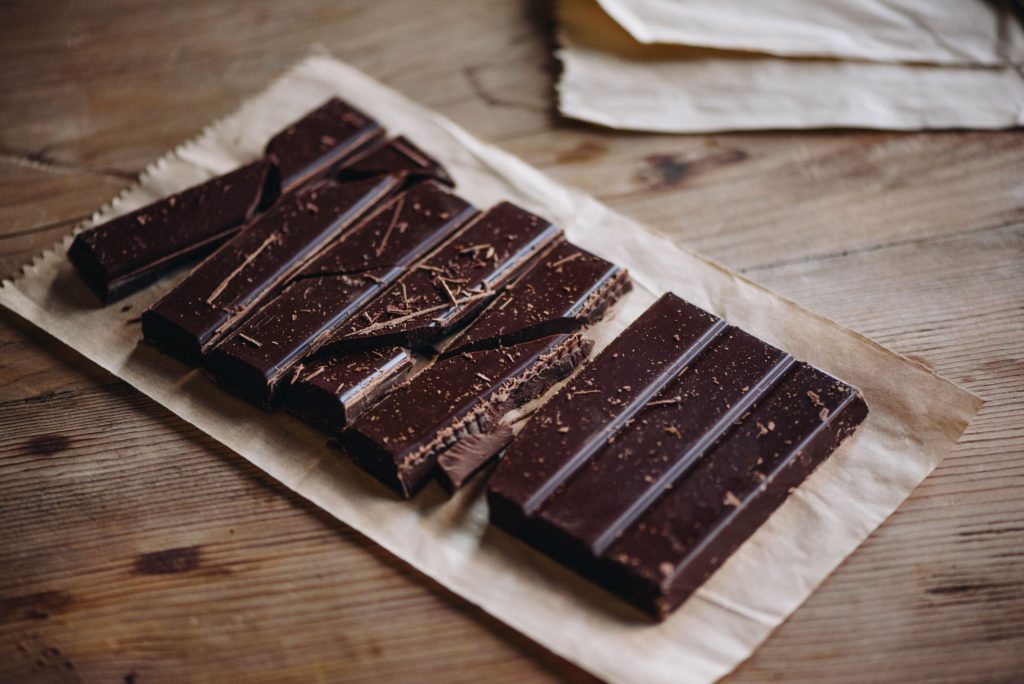 It’s no longer just about gifting.

There’s growth in the luxury chocolate market, and it’s no longer just about gifting. A quarter of chocolate buyers in the UK say they would pay more for a luxury brand of chocolate to treat themselves, citing the cocoa content, origin and authenticity of brands.

We’ve seen the wider ramifications of fringe products shifting into the mainstream in the beer industry. Most of the big brands have started talking about craft, and, in Carlsberg’s case, changed their recipe entirely. Could this mean mainstream chocolate brands like Cadburys and Mars up their cocoa percentages?

Indeed, mainstream brands already appear to be moving to see off another threatening trend: Vegan Chocolate. Mars just launched its vegan Galaxy Bar, replacing dairy with hazelnut paste and rice syrup. This is all in the face of rising popularity with vegan-friendly brands, like Divine, Booja Booja and Raw — which themselves are riding on the growth of luxury chocolate.

There doesn’t seem to be one particular luxury brand leading the charge, but there has been some movement at the top, with Green & Blacks appointing a new creative agency at the end of last year.

The future of chocolate is, I think, a vision of the 2000 film Chocolat, where Juliette Binoche arrives on the scene to transform a town, rekindling relationships and spreading joy. With sugar trends down and craft trends up — the stage is set, the chocolate industry just needs its Binoche. 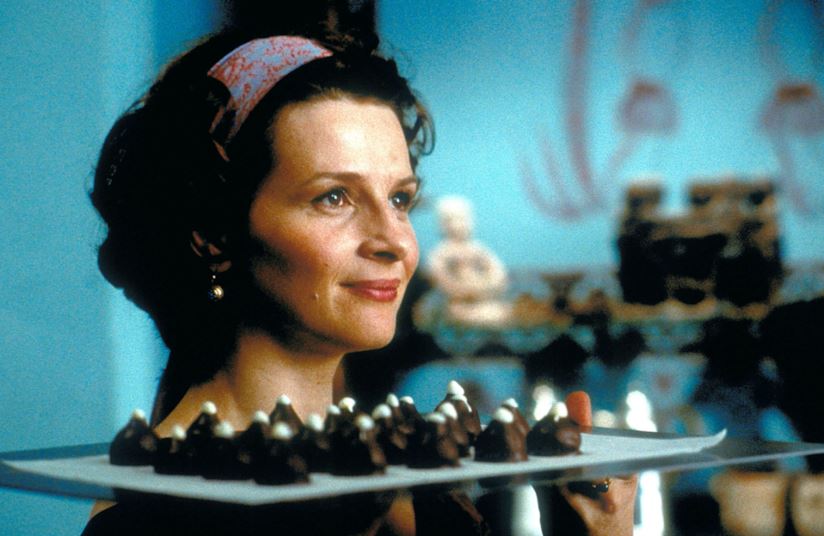