CHRISTMAS ELECTION ROUND UP

It’s the festive season and every day another Christmas advertising campaign drops. But this Christmas, a festive election is happening for the first time in 96 years, and whether we like it or not, it’s hanging over everything.

In no particular order, and with a pinch of non-partisan cynicism, here’s some honest and not so honest moments we’ve seen from the campaigns — some of them bound for the naughty list, some for the nice list (but that doesn’t mean they’re any good). 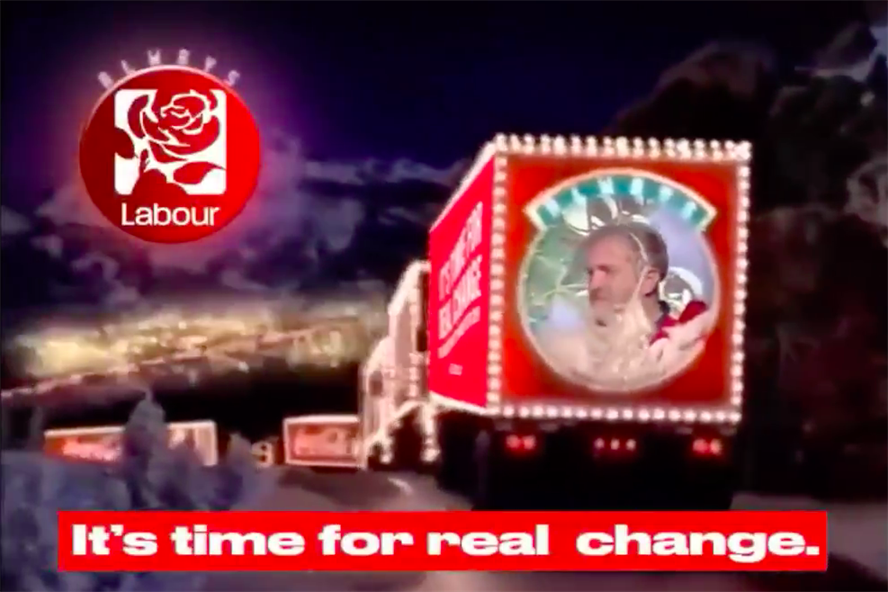 If you haven’t seen it, and you certainly won’t now, Labour spoofed the classic 1995 Coca Cola commercial, photoshopping in their policies on the sides of the red trucks. An effective way to spread the news about their new manifesto, let’s hope it was worth it, the video was up for 4 hours before Coca Cola issued a Cease and Desist notice and threatened to take legal action. Personally, I don’t see why they didn’t just let Coke sue them and put the cost in the grey book. 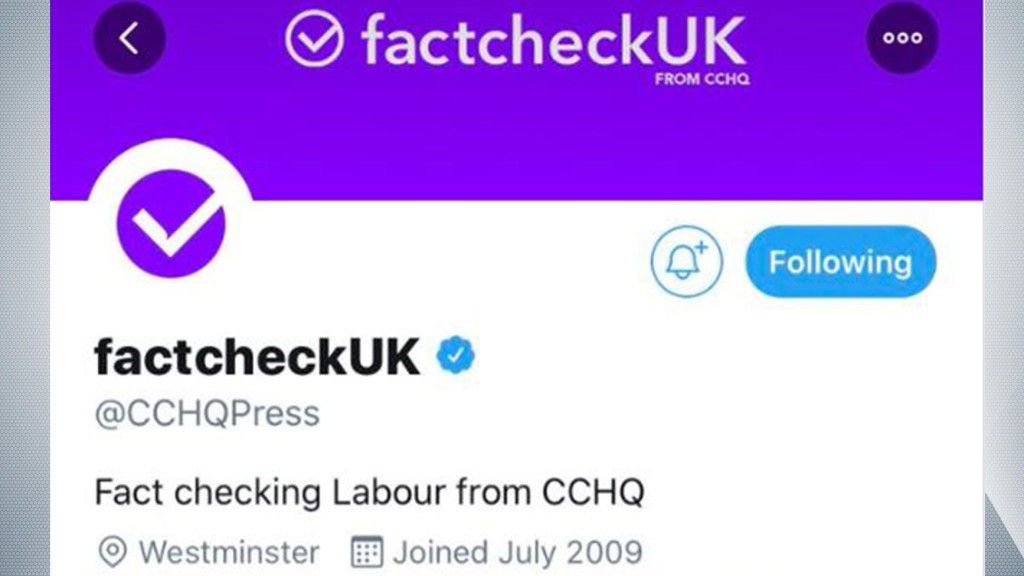 During a televised debate, the Conservative Party’s CCHQPress Twitter account changed its name and branding to factcheckUK. This gave them the impression of a non-partisan commentary on the debate, while posting positive Conservative messages and criticising Labour ones. The anger stirred up got it hitting 8,287,306 more tweets than Boris and Corbyn’s handles combined. Even Labour candidates shared positive conservative messages just by retweeting with their disapproval — a massive faux pas. But, come on guys, this isn’t a good look. Twitter branded the move as “inappropriate and misleading”. It sure was. 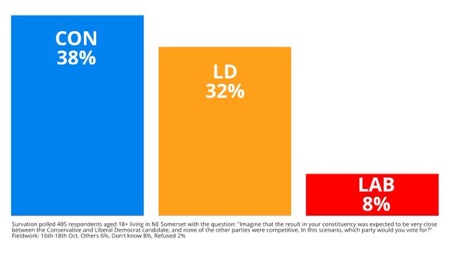 The Lib Dems have been caught out sharing some dodgy graphs on their social media and leaflets. This one shows just how close they are to taking the North East Somerset seat. But take a look at the small print and you’ll see they asked a very particular question. Naughty, naughty. And it’s not the first time they’ve done this. Not even the first time this election, here’s a flashback to a BuzzFeed Article from 2014 titled 15 Deeply Dubious Liberal Democrat Graphs. 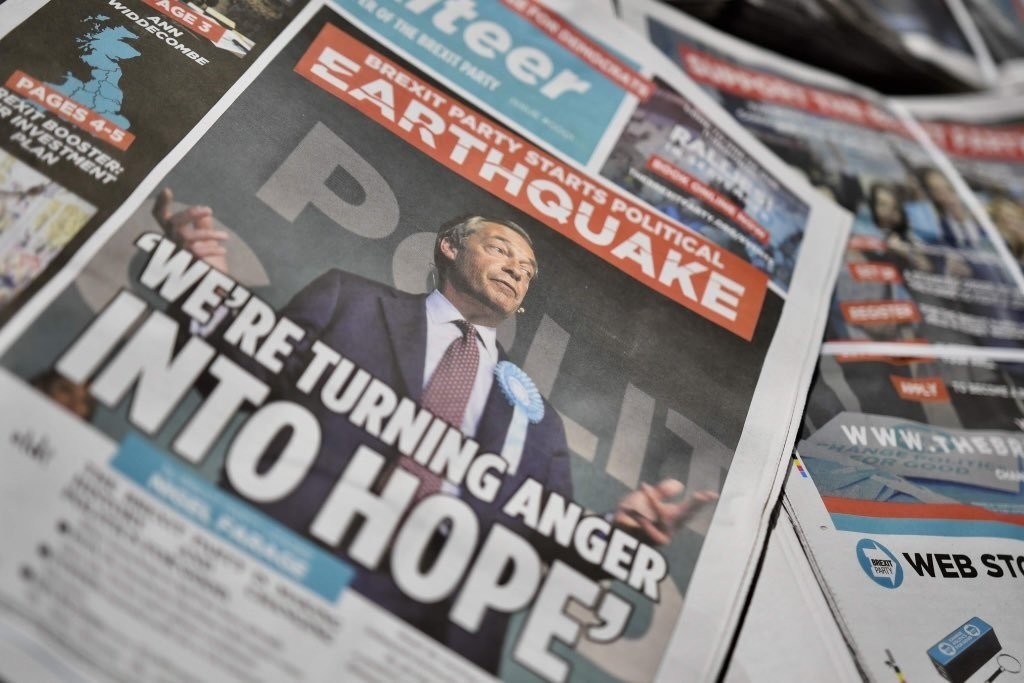 You might not have seen one of these unless you live in a key Brexit Party battleground, but the Brexit Party have been sending out leaflets chock-full of information about the campaign, and the fight for a “real” Brexit. Seems harmless enough, and the design of these things is quite well put together — but why does it look like a newspaper? It’s not news. It’s electioneering. Though not quite rotten to the core, it is a tad naughty. Having said that, newspapers haven’t exactly been seen as unbiased upholders of the truth since I don’t know when.

This is a long way from 2016’s #GrownUpPolitics campaign with little Zac Goldsmith yelling at little Sadiq Khan in the sandpit. It’s moody, dark, poetic, and hopelessly boring. At the point of writing this, it hasn’t even had 5000 hits on YouTube. It’s a shame, because Green Party adverts are always different enough to stand out and get shared. They are certainly trying to pick up the Extinction Rebellion Vote with a more serious, black and white message, but I’m not sure they’ll reach anyone outside their echo chamber. Still, at least they’re playing by the rules.

The look and feel of this broadcast is cinematic. It’s formatted to super-wide cinemascope with a high production feel — which makes you wonder: how much did this one cost and who’s paying for it? All that aside, the message is clearly targeted at Labour voters in Leave seats, and is probably too slow paced to achieve any viral movement nationally — but I don’t think that’s what they were trying to do.

Watch our latest Party Election Broadcast before anyone else. pic.twitter.com/RiridzddYM

The Labour Party is quite good at these. Shot in a TV-documentary-style with plenty of personal stories and emotional moments — the sort of stuff political parties reach for when they’re advocating any sort of real change. It’ll do rather well with the Labour core base, but you have to wonder why, of all the major party broadcasts, this one doesn’t mention Brexit. Will that cost them? We’ll find out soon enough.

This broadcast is a good example of how much things have changed at the Conservative Party’s HQ. Gone are the images of hardhats and shaking hands, the emotional music and overwritten speech designed to hammer home key messages (cue Vietnam flashbacks of “Strong and Stable.”) No. Here’s Boris making a cuppa, talking about walking the dog, fish and chips, Rolling Stones, and other classic, British, man-of-the-people type things. It’s contrived, a blatant rip off of Vogue’s 73 questions, but effectively, probably brilliant.

Jo Swinson is running. Running to be PM. It looks a little low budget this one, and in some places it’s a little cringe. It probably didn’t help that the Goggle Box lot poked fun at it too, you can watch that here. Could that be why they released a second advert to run in the official booked slot on BBC 1? That one had much more of what we’re used to. Face to face testimonies of real people talking about how Brexit has affected them and their work. It’s shorter, straight to its core message about stopping Brexit, but honestly, it could have been more creative — Like the John Cleese one from 1997.

They don’t always play by the rules — and when I say they I mean all of them (bar the green party, they’re usually pretty good), but in this modern age of social-media-scrutiny and fake-news-doubt, will the public give them a lump of coal for being naughty or the keys to No.10 for being nice. Thinking about it, I don’t know any kid who every actually got coal for Christmas, no matter how naughty they were.